Amazon has reportedly been hit with a fine of approximately $887 million — €746 million — as well as revision guidelines for its practices over alleged EU privacy law violations. That’s according to recent reports detailing the fine, which is being imposed by Luxembourg’s National Commission for Data Protection (CNPD).

The decision to impose the fine was not made public by the CNPD, however. And Amazon hasn’t said exactly which policy revisions have been imposed either. Instead, it was revealed via Amazon’s own Q2 quarterly earnings report. Specifically, the report indicates that CNPD slapped Amazon Europe Core S.à r.l. with the fine. And that the claimed GDPR violation was the result of alleged mishandling of personal data.

The news follows prior allegations proposed by EU commissioners back in late 2020. Namely, with claims suggesting that Amazon misused “non-public data” in order to compete with other sellers in France and Germany.

What is Amazon saying about this purported EU privacy violation?

In Amazon’s report, the company states that the CNPD issued its decision on July 16 of this year. And that it imposes both the fine and “corresponding practice revisions.”

But the company also says that it believes the decision is meritless. And that the company plans to defend itself.

According to Amazon’s statement, no data breach has occurred and no customer data has been “exposed” to any third-parties. Moreover, Amazon says, that isn’t even disputed. While no date has been set for an appeal, Amazon goes on to point out that the laws in question are still new and untested. More specifically, it notes that “how we show customers relevant advertising relies on subjective and untested interpretations of European privacy law.”

The company also contests that the fine itself is “entirely out of proportion.”

See also  The Enchanted Coloring Book that Comes to Life!

Can the fine stand as imposed?

Now, the GDPR regulations themselves may add some weight to Amazon’s argument in this matter. Not least of all, because the fine amount imposed against Amazon in this EU privacy law violation case is more than the 4-percent of income allowed by the regulations. In fact, it equates to around 4.2-percent of Amazon’s 2020 income — at around $21.3 billion.

So, at the very least, Amazon’s fight might result in a lowered fine amount. At 4-percent, that figure would be closer to $852 million. But that doesn’t necessarily mean that Amazon will be able to fight its way out of this either. Whether or not that’s the case remains to be seen.

Recover your lost or deleted files with DroidKit, available to try for free today
How To Safety Check Your Chromebook Passwords, Security & Extensions 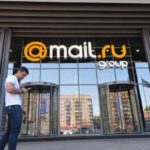