Wildly popular action MMO Lost Ark is finally getting a US launch. It’s Amazon’s next big game in partnership with the game’s creator, Smilegate RPG. While Amazon didn’t develop this title like it did with New World, its own in-house MMO planned to launch later this year, it is publishing the game under its brand.

Lost Ark was confirmed to get a US launch under Amazon games earlier this year, but this is the first time there’s been a release time frame. For those unfamiliar, Lost Ark is an action MMO that looks and plays like Diablo and various other action RPGs in the genre, but it integrates loads of MMORPG elements to make it a massively multiplayer online game.

It’s currently available in South Korea and Russia, and has a huge following. While the game definitely has some substance to it, its biggest claim to fame is the gorgeous combat.

While Amazon hasn’t announced of exact release date, it’s at the least sharing the time frame for the game’s arrival in the West.

According to the trailer recently revealed during Summer Game Fest 2021, happening right now as part of E3 2021, Lost Ark will hit the US in the Fall of this year. Which means it could show up sometime between September and December. That also means there’s still at least a few months left to wait, but it’s possible to play the game right now if you’re willing to jump through the hoops to get the game installed.

Keep in mind this requires downloading an running a VPN anytime you want to play, and if you want to understand any of the game context, you’ll need to install an aftermarket English language patch.

It’s quite a bit of work and the translation isn’t perfect. But it gives you an opportunity to check out what the game is like prior to its official US release.

If you want a more convenient way to check the game out, Amazon is holding a closed alpha test soon, and it’s possible to sign up right now through the game’s landing page. The test begins on June 11 through Steam, so you’ll want to sign up quickly just in case earlier signups have a better chance of getting selected.

Facebook Dark Mode Goes Live But For Desktop, Not Android 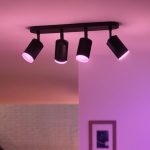 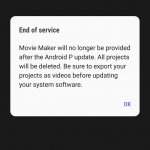