San Francisco Shock player Grant “Moth” Espe is having one of the all-time great years in esports. His team capped off a dominant season in the league by winning the Overwatch League Grand Finals in September. Then, just a few weeks later, they led the United States over China to win the Overwatch World Cup–the first time a team other than China had prevailed.

Not bad for someone who was a college student before Blizzard’s globe-spanning league started up. Moth didn’t dream of becoming an esports athlete but his natural talent at Overwatch has led him to the top of the competitive scene. Next season, his team will travel all over the world — playing matches in every team’s home city.

We caught up with Moth from bootcamp in South Korea to learn about how he got into esports, the thrill of his recent dual victories, and what he needs to have before every match.

What inspired you to become an esports athlete in the first place?

It was never a career goal of mine to become an esports athlete. I was scrimming Overwatch every day for fun while I was in college. I wanted to be a software engineer, but I got really good at the game. While I was trying to get my degree, I got a contract for Overwatch League. I dropped out of college and decided to pursue that.

How did you choose your in-game name?

Moth is just something I’ve been using for a really, really long time–like 10 years or more. I’ve just stuck with it, and I brought it over to Overwatch. I’ve used it in every game.

Was there a moment that you realized that Overwatch was your game?

I started playing Overwatch a couple months after it came out. Competitive season 2 is when I hit Top 500 and it was pretty early on in the game. When I hit Top 500, I realized that I’m better at this game than any other game I’ve ever played.

Which player were you most a fan of before you became an esports pro yourself?

In Counter-Strike, I was a fan of KennyS, because I like to AWP too. But in Overwatch, I really liked Tobi. He was the best Lucio back in the day.

Do you have a favorite in-game memory from competition?

It’d have to be the 4K boop I did against Atlanta Reign in the playoffs.

When you followed esports before you became a pro, was there a moment as a fan that impacted you the most?

I went to the Boston Major for Counter-Strike when I was in college. That was when I was playing Overwatch, but I still followed the CS scene a little bit. That was the first esports event I saw.

Now that you are an esports pro, how have you tried to give back to fans who support you?

I love sharing my experience with fans when I meet them. Whenever I talk to fans, I try to show them that I’m just a normal person. I didn’t have any special circumstances that led up to me being an esports athlete–I was just a normal college student, and I happened upon this opportunity. I’m just like them.

It was amazing. At the beginning of the year, on Shock, we were doing really well in scrims and realized that we could be a top team. It was incredible to put in the effort throughout the season and have it pay off at the end with the Grand Finals win. After that, we took what we learned on Shock with me, Super, Sinatraa, and [coach] Junkbuck and showed the other American players how Shock approaches the game. It’s about how we dissect a meta and develop our strategy, and then apply it again and again to succeed. It was awesome. It’s hard to describe. It’s really incredible when all of our work pays off like that.

Do you think the Shock has a certain mentality towards the game that helps elevate you towards success?

Yeah, we have an incredible coaching staff who specialize in analyzing the best way to play the game and refining our play to make sure our team plays top-tier all the time in any meta. I don’t think very many teams can do that.

How does it feel to be a part of something as big as the Overwatch League?

It’s a dream come true. I never thought it would be possible for me. I never expected to go pro, and being able to be a part of the Overwatch League is incredible.

Are you excited to travel between home cities next season?

Yeah, it’s going to be really exciting. Right now, I’m in Korea for the first time and it’s already a lot of fun, but next year we’ll be traveling every week or every other week. We also get to play home games in San Francisco, which will be a ton of fun. I’m really excited.

Do you have any gear or gadgets that you use to make the game more fun or comfortable to play?

I use a split keyboard and wrist rest on my left hand, and a mouse bungee.

What do you love the most about the esports and gaming communities?

I love how passionate fans are. It’s awesome that everyone is just as passionate as I am about games, competition and Overwatch.

Do you have any gaming superstitions or rituals that you do before you compete?

Not really. As long as I get some caffeine before a match, that’s all I care about. [laughs]

Is there any one moment that encapsulates why you love the world of esports so much?

The moment that will always stick out in my mind is lifting the Grand Finals trophy in front of that massive crowd in Philadelphia.

Why Bounty Hunting is a Complicated Profession in the Era of Fallen Order
Save Big On Modems, Micro SD Cards & More In Amazon’s One-Day Sale

The best games of the week: exclusive with PlayStation and “Very strange things” 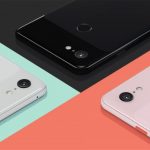 Verizon Offering Buy One, Get One Free For Google Pixel 3 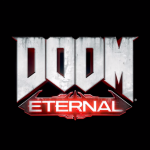