The OnePlus 7 and 7T series smartphones are expected to get a stable Android 11 update really soon, in a matter of days. This information has been shared by a OnePlus Forums staffer.

He said that the stable build is in the works, and that it is expected to arrive “in the coming days”. The information got shared along with the third OxygenOS 11 beta update for the OnePlus 7T and 7T Pro. The OnePlus 7 and 7 Pro already got this beta update, recently.

At this point in time, it may be the best idea to wait for the stable update. It’s coming really soon, so there’s no point in switching to a beta build. If you really want to try it out, and are willing to install the third beta, you’re free to do so.

OnePlus did explain how you can switch to a beta build, here’s a guide. Do note that you’ll lose all your data when you switch back, which is yet another reason why you may want to wait for a stable build.

Now, in regards to the third beta build for the OnePlus 7T and 7T Pro. This update does not bring any major changes, which is expected. The third beta build is really close to the stable build, so OnePlus only patched up some issues found in the second beta.

The company optimized the effect of unlocking animation. On top of that, it fixed the issue of a slow charging rate which sometimes occurred. The lagging issue when playing scree-recorded videos will no longer be present either.

The Double Tap to Wake feature did not seem to work in some cases, that has been fixed as well. Netflix also had some issues, it did not play HD videos for some people, until now.

OnePlus said that it also fixed the silent issue when the Bluetooth transport protocol is changed to AptX. The last change listed is the improvement of the Wi-Fi connection stability, and reduced Internet outages.

If you’re already rolling a beta build on your OnePlus 7T or 7T Pro, this update will arrive over-the-air (OTA). 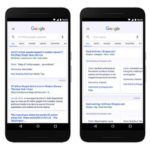 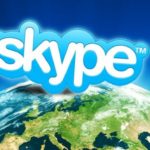 Users in many countries complain of the failure of Skype