The ability to manage a trash can in Android 12 looks to be a possibility. According to the people over at XDA Developers. If this feature arrives, it could add some much needed control for the user over trashed files.

The trash can management in Android 12 would reportedly be located in the storage section of the settings. Though there’s no guarantee that Google will open this capability up. Or even add it to the system with Android 12 at launch.

Evidence found within the APK of the Files app on Android indicates however that Google may be considering it. This would be related to Google adding a visible trashed section to the Files app. Which is also potentially on the way.

Having a trash can that remains visible to users without any extra work would be a major benefit even all by itself. After all anyone that users a PC on any platform is familiar with the trash can.

But it seems like Google isn’t going to stop there. Users who want to see the trash can or the “trashed files” as it were, would be able to see this section of the storage from within the Files app. But other types of management would be handled from storage settings.

This would include the ability to see how much of your phone’s storage that trashed files are taking up. As well as allow users to empty the trash can to make more room for other files in the future. Should they have a need to do so.

It also appears that emptying the trash from this location in the settings would permanently delete any files that were in trash at that time.

Files will let users restore files or delete them forever

Managing the trash can from the storage settings may be useful but it may also be less functional than accessing the trash section from the Files app.

XDA points out that Files will let users view the contents of the trash can as well as restore accidentally trashed files, and permanently delete them if they’re certain that they don’t need them any longer. This feature may or may not be introduced with Android 12 when it launches later this year. But the belief is that Google will plan to showcase these changes alongside Android 12’s official reveal. Although not necessarily launch it at the same time.

Google Puts Up Over $260M To Help Fund Vaccination Endeavors
Sustainable Product Designs to ensure you travel and holiday in eco-friendly style! 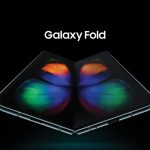 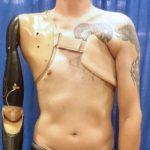