As of June 12, Google Maps for Android will now support YouTube Music whilst running the app as reported by 9to5. This move has been a long time coming and users will be very happy it has finally happened.

Google Maps has for a long time been working with Apple Music, Play Music, and Spotify. It has built-in media playback controls to make listening to music easier. However, it has taken a while for the company to support YouTube music. The app has introduced other updates in recent years such as the ability to set Google Assistant response to silent which was of great help to maps users.

How It Will Work

When driving Google Maps has a fullscreen navigation UI. So if you listening to music whilst using Maps the app you are listening to music through will display underneath mute FAB as an icon. Users can tap on the music apps icon to bring up album artwork and audio controls.

Users also have a ‘browse’ option where they can see recent listens. The idea here is to help users quickly chose a song without having to exit the navigation app. Google Maps also displays a subtle progress bar that is themed.

To make your Google Maps work with YouTube Music you do have to set it up. After long working with other music app companies this will be a step users are willing to take. To set things up you have to visit Settings > Navigation settings. Then if “Show media playback controls” you should select YouTube Music as the default media app. Beforehand, YouTube Music would not appear here but Google Maps has now made it available.

READ  The Fiat 126 reimagined as an all-electric vehicle evokes nostalgia through its modern design!

For this to work you will have had to install the Google Maps 10.43.2 update. This was widely rolled out at the start of June so most should not have any problems on this front. You should also make sure you have an up to date version of YouTube Music so both are compatible. However, it is more reliant on having he most up to date Google Maps version. This update is not yet available on IOS so Android users and getting a head start on this one.

Google Maps has been busy with updates of recent weeks. The most notable of this was to allow users to avoid crowds on public transport as a feature. In the current Covid-19 climate this is a feature that users will certainly be taking advantage of in order to ensure social distancing. These are therefore, good steps forward from Google and the Maps app so let’s keep them coming. 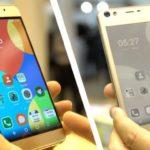 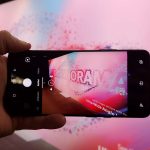 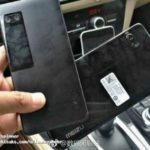