Android Will See Many More Inclusive Emoji Later This Year

With a new year comes a new emoji update. Android will see many more inclusive emoji later this year.

The world is all about political correctness these days. The Unicode Consortium has approved 62 new emoji for operating systems. Many of these new emoji are inclusive rather than exclusive, as has been the case in the past. Just last year, Google added a deaf person emoji to Android to accommodate those who don’t hear.

For example, the childcare emoji is a mother breastfeeding her children. Some women, however, can’t breastfeed and should have due respect despite their inability. The new inclusive childcare emoji, called “person feeding baby with bottle,” will show a mother or father giving a milk bottle to his or her baby. This way, non-breastfeeding mothers and fathers (in general) aren’t excluded.

Another change to the universal emoji lineup pertains to married couples or couples going to marry. On the wedding day, it is a traditional belief that the bride wears a wedding gown and veil, the groom a tuxedo (usually black). To show support for the LGBTQIA community, Google intends to add more gender-inclusive emoji that show women in tuxedos and men in wedding gowns with veils. These new emoji are “person in veil” and “person in tuxedo.”

Along the lines of LGBT emoji, the Unicode Consortium has also approved a transgender flag. The transgender flag will showcase LGBT pride and allow pro-LGBT persons to show their support in a quiet but meaningful way.

Sympathy is another area of inclusivity with regard to upcoming 2020 emoji. To show support for someone, Google will add two symbols: one where two people are hugging, another with a slightly tearing-up smiley face.

Other emojis out of the 62 total pertain to skin color and complexion.

Why Android is getting more inclusive emoji

Even as the world comes into 2020, the second decade of the 2000s, there is still hatred in the world. People still hate one another because of skin color. People still fight over religion and politics. Some people don’t get respect because someone doesn’t like their sexual orientation. It happens all the time. Just watch the news.

The belief behind all the hatred is that there’s not enough education. People don’t see acceptance so they think and act spitefully. With Android’s upcoming emoji, Android users will get to see what LGBT persons look like in tuxes and gowns with veils so that they can start loving people for who they are — not for their sexual preference. Racism can die down when Android users start to see the use of other complexions and races in texts and emails.

Humans have always been victims of socialization: that is, what their surroundings and society teach them. In other to be the change, people have to see the changes. This means that, if LGBTQIA persons really are acceptable and wonderful just the way they are, then the language must support that. Emoji are universal, a universal language code with which every mobile user is familiar.

The Samsung Galaxy S20 Is Launching The First Week Of March
Samsung Patents Galaxy Smartphone With Round Notch, Round Screens

Will people pay for Apple TV+ after their free trial? Claims vs reality… 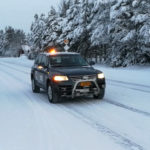