Given that we haven’t seen an iMac Pro redesign since 2012, and that Apple’s just recently issued a couple of patents for a new iMac, it’s safe to say that we may be looking at a redesigned iMac Pro in the near future. The patent image (which can be found at the end of the article) showcases an interesting monolithic take on the all-in-one Macintosh, featuring a slick unibody glass that transitions from screen to keyboard in one grand, singular motion. The screen literally folds downwards as soon as it hits the desk to provide a precipice for a keyboard as well as two track-pads that reside within the glass. All in all, the entire thing looks rather Dali-esque.

This impressively thin form factor allows Apple to isolate the actual computer into a block at the back that helps prop the glass facade up. Complete with a smorgasbord of ports (and that cheesegrater CNC-machined grille that Jony designed exactly a year ago), the grille sits at a slight tilt too, allowing heat to travel outwards and upwards. The new take on the iMac Pro allows Apple to keep its all-in-one desktop computer looking incredibly slim without sacrificing on power and performance. Designed to be a beast of a machine, the iMac Pro features a 24-inch Retina display complete with a glowing Apple logo below it, a FaceID camera module (taken from the iPad Pro) above it, and a unique ambidextrous layout at the very bottom that allows both left and right-handed users to have their own trackpad. A number-pad seems to be missing (even in the patent drawing), but I’d probably guess a simple program would allow users to turn the spare trackpad into a touch-sensitive number pad.

It’s worth remembering that companies usually issue patents to protect intellectual property and to copyright their innovation, and these patents and their subsequent drawings aren’t particularly an indication of any to-be-launched product. However, these publicly available patents do offer an insightful window into the company’s design and innovation process, and the fact that Apple’s been issuing patents for all-glass unibody iPhones all the way back since 2016 proves that this sublime-looking iMac Pro, at least in theory, could be possible… besides, if Apple IS planning on launching something this out-of-the-box, it would be their first radical product redesign since Jony quit the company last year. I have to say that looking at how slick the conceptual iMac Pro’s facade is, Jony would definitely be proud! Until then, I suggest admiring this drop-dead gorgeous, all-glass concept with a grain of salt! 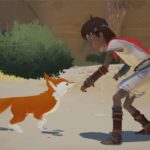 The authors RiME removed the protection system Denuvo of their game 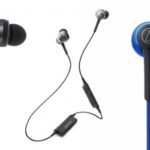 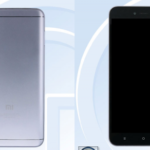 Xiaomi Redmi Note 5A will be released in four versions