Recent news has suggested that Android 11 would be arriving on Chromebooks sooner than later and now there’s reportedly a list showing which gadgets will receive the update. Or, at the very least, which will officially support it first.

The list in question appeared in the Chromium Gerrit code repository for Chromebooks, so it should be fairly exhaustive with regard to Android 11-ready devices. At least with regard to devices already on the market. And that also means that the devices were shown by codename. So some of the devices listed weren’t necessarily consumer-ready, let alone released. With each being translated by the source to their consumer-ready product name by brand and model.

Will your Chromebooks see Android 11?

The list of Chromebooks that will see the Android update is extensive.

Of course, Acer’s not the only brand to be seeing Android 11. There are also some more obscure brands such as AOpen, which has a Chromebase and Chromebox set to see the update. CTL will see two of the latter devices updated as well as a tablet. There are top tablets, Chromebooks, Chromeboxes, Chromebases, and other Chrome OS gadgets from other major brands too.

When will this all update?

Here’s the full list of Chromebooks set to receive Android 11, as of this writing. 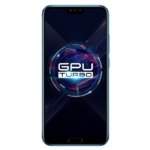 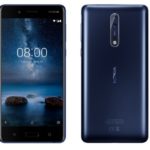 An improved version of 8 Nokia is preparing to release