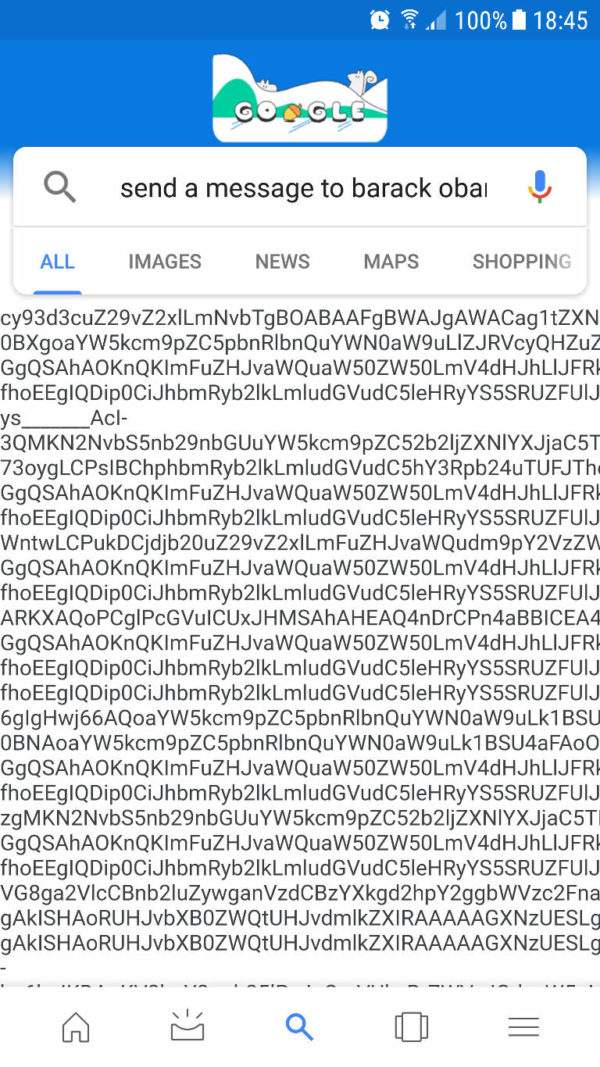 In the Google app for Android, a strange glitch causes the search results to become nothing but garbage text when typing in the query “send a message to Barack Obama.” This does not happen with any other president or any other variant of the query itself. It also does not happen on the desktop version of Google, in mobile browsers, or in the iOS version of the Google app. Stranger still, only the “All” results heading is affected; going to images, video, or any other search heading after getting the glitch will give you a collection of perfectly normal search results. Google has yet to say anything about the issue.

One Reddit user recently attempted to decode the garbage text using Base64, and it seems to show instructions that would normally bring the user to the “Send a message” dialog to choose how to send a message to somebody and allow them to fill in the contents of the correspondence. Presumably, the app is trying to invoke the dialog as if you had told the Google Assistant to start creating a message for the former president but fails somewhere along the way. Other theories and discussion on the matter are plentiful but this seems to be the only thing anybody has found so far that’s any bit concrete.

While it’s quite easy to jump to conclusions about this issue, the most likely explanation is that it’s a simple glitch. Some are speculating that the text parser was having trouble with President Obama’s name for some reason, and all of the decoded code posted in the thread seems to support this. Even so, the glitch is certainly peculiar, and perhaps a bit comical. With Google constantly striving to bring new features and under-the-hood enhancements to its full product lineup, it’s not entirely unthinkable that the odd glitch like this one could slip through. The Alphabet-owned company is currently preparing for this year’s Mobile World Congress where it’s planning to announce the first Android Oreo (Go Edition) smartphones, as well as launch its mobile augmented reality solution ARCore and computer vision service Google Lens on a global level. 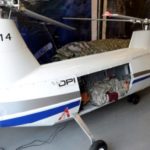 The U.S. army will transport the wounded to drones (5 photos) 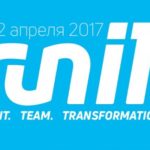 The first conference RUN-IT 2017 in the river – that is where and when? 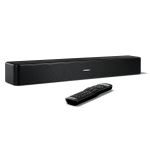