AT&T is set to launch its main AT&T TV streaming service in February of next year.

This is the same service that’s currently in testing in select markets within the U.S.

AT&T TV differs from AT&T TV NOW in terms of the price, channels and features.

The other AT&T TV streaming service

If you thought there weren’t already enough TV services from AT&T, you’d be wrong. The company believes there’s room in the market for one more and it is set to arrive early next year.

AT&T has been touting this streaming version of DIRECTV for some time as its main service and it now looks like it is almost ready for full deployment.

The confirmation of the firm February 2020 launch date was reported by FierceWireless and is based on comments provided by AT&T Communications CEO, Jeff McElfresh. The comments were delivered during the 2019 Barclays Global TMT Conference. An event held in California this week.

How is the new service different to AT&T TV NOW?

In the simplest of terms, the new service is the better AT&T TV service. That is, better in almost all respects. For one thing, AT&T TV streamers will have access to more channels than AT&T TV NOW customers.

In addition, the cloud DVR storage also gets a major boost. Current AT&T TV NOW users only have access to 20 hours of cloud DVR. With the new service, that limit increases to 500 hours. The length of time recording remain recorded for is also increased from thirty days to ninety.

With AT&T positioning this service as its main TV streaming service, it might be the case that those AT&T TV NOW price increases have been designed to limit the price difference between the two services. An approach that’s likely to motivate existing NOW subscribers to opt for the company’s non-NOW version. Especially as they’ll also get an Android TV-powered set-top box as well.

One that AT&T is extremely proud of with the company previously suggesting it will radically change the customer understanding of TV. 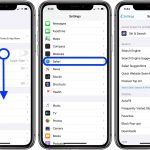 iOS 13: How to automatically close Safari tabs on iPhone and iPad 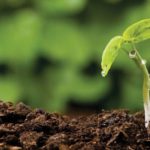