‘Attack on Titan’: The Complete Recap

It’s been a long road for Attack on Titan fans over the years as the series quickly became extremely successful with its brutal attacks from towering monsters while also examining the social and political effects on society. Its humble beginnings saw Eren Jaeger and his friends come face-to-face with a Titan horde before joining the Scout Regiment to help fight the monstrosities and uncover the mystery behind them. Let’s take a look at the key moments in the journey so far ahead of season four.

Audiences have been gripped right from that first Colossal Titan attack in the Shinganshina District, where the Smiling Titan ate Eren’s mother. After joining the Cadet Corps, Eren’s first battle is undeniably disastrous since he gets eaten by the Bearded Titan. But when he lands in the Titans stomach he’s enraged at the carnage the monsters have caused, ultimately transforming into one himself and bursting out of the Bearded Titan to slaughter the attacking monsters.

Eren, Armin and Mikasa all wind up joining the Scout Regiment under Levi Ackerman and Erwin Smith. But a new enemy emerges when the two pet Titans Hange Zoȅ was experimenting on are mysteriously murdered by someone using omni-directional gear.

It’s later revealed that Annie is the devastating Female Titan, and uses a bladed ring to reveal herself when Erwin and Armin confront her. After remembering all the pain the Titans have caused, Eren fights her in his monstrous form and savagely beats her while causing absolute chaos in the Stohess District. Before he can eat Annie, she crystalizes herself and is locked away by the Scout Regiment. The first season ends with a truly shocking revelation that there are Titans buried inside Wall Sina.

With the mystery of the Wall Titans looming over the heroes and the introduction of fascinating new characters, Attack on Titan’s second season undeniably upped the action. After the introduction of the Beast Titan and the devastation it can cause, the series delves into the political history of the world through Christa Lenz.

A flashback reveals Christa’s real name is Historia Reiss and she’s the illegitimate child of Rod Reiss, the King of Eldia. During the shocking sixth episode, Reiner breaks down in exhaustion and reveals to Eren that he’s the Armoured Titan and Bertholdt is the terrifying Colossal Titan that kick-started this whole saga for the audience.

As the Scouts fight Titans being thrown by Reiner’s Armoured Titan, Eren winds up facing the Smiling Titan that ate his mother way back at the beginning of the series. In his anger, he unlocks a mysterious ability called the Founding Titan, allowing Eren to control any and all Titans. He uses it on those nearby and forces them to eat the Smiling Titan. That’s definitely one way to get revenge. The second season ends with the Beast Titan on Wall Maria while a mysterious blonde man says “Not just yet.” Oh, the suspense!

The first half of the third season sees Commander Erwin and Squad Levi try to overthrow the corrupt royal Government headed by Rod Reiss, since Historia is the rightful heir to the throne. Meanwhile, Eren learns the shocking truth that his father, Grisha, is the one who turned him into a Titan in his home basement and a buried memory reveals Eren quickly ate his father after that first transformation.

The Beast Titan is dramatically revealed to be Zeke Jaeger, Eren’s half-brother – who claims to be a victim of their father, Grisha. He’s trying to capture Eren so Marley has the Coordinate power to control Titans. Is this the most shocking familial reveal since Darth Vader? Possibly. During the same battle to take back the Shinganshina District, Armin distracts Bernholdt’s Colossal Titan so Eren can sneakily rip the villain out of his monstrous form. It comes at a price as Armin’s burnt alive and close to death. But after he’s revived using a serum of Titan spinal fluid, Armin shifts into a Titan and eats a limbless Bertholdt. Meaning he now holds the power to turn into the Colossal Titan.

It’s also explained through flashbacks that the technologically advanced nation of Marley are the true villains of the entire series, unleashing the Titans on Paradis Island in revenge for being oppressed by the Eldian Empire. Meanwhile, the first Reiss King controlled millions of Colossal Titans with the Founding Titan power, building the walls on Paradis Island. He vowed to flatten the Earth with the Colossal Titans if the island was ever attacked… But he never actually intended to use them.

It all culminates in a bittersweet ending as the Survey Corps go on another expedition and find themselves standing at a beautiful ocean. It’s undermined by the realization that the war against Marley has only just begun.

And that’s where we’ve made it up to so far in the Attack on Titan anime series! Find out what happens – who will live, who will fall, and who will conquer – when season 4 drops later in 2020. 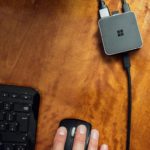 The Top 10 cabin designs that are a breath of fresh air compared to traditional A-frame cabins! 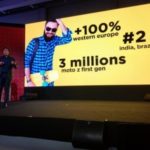