Avatar: Reckoning Is An Upcoming MMORPG Coming Later In 2022

Mostly everyone in this generation should be familiar with James Cameron’s 2010 hit film Avatar. This movie held the title of highest-grossing film until Avengers: Endgame came in. We haven’t heard much from the franchise in a while; however, we just got word that Archosaur Games, Tencent, Lightstorm Entertainment, and Disney are collaborating on a new MMORPG based around the Avatar world of Pandora.

Avatar: Reckoning is a new MMORPG coming to iOS and Android

In case you haven’t seen the movie, it revolves around a team of scientists and explorers who land on a distant moon named Pandora. The team stumbles upon a species of creatures called the Na’vi. By use of science-fiction magic, some of the explorers were able to implant their brains into false versions of the Na’vi and walk among them.

According to the developers (and just like in the movie), Avatar: Reckoning is going to have the two main races of players to play as. There will be the Na’vi and the RDA troops who are humans. We’re not sure if you’re going to be playing as both, but it seems likely.

This is going to be a shooter game in the format of an MMORPG, with both single-player and multiplayer gameplay options. If you’re looking to play with other people, then there are going to be some co-op modes. Along with those, there will also be PvP modes if you want to fight against others.

While it’s primarily a multiplayer game, Avatar: Reckoning will also have a single-player story mode. We don’t know if this will be a full-fledged story or just a collection of story missions, but this should be fun for people who prefer to play alone.

We can expect to see some of the typical MMORPG tropes with this game. There will be a level-up system, weapons to unlock and upgrade, different creatures you can battle, etc. Also, we can’t rule out the classic free-to-play game mechanics like in-app purchases, premium currencies, and other opportunities to pay with real money.

Are you excited and want to know more about this game?

Right now, details on Avatar: Reckoning are really scarce, as the game is still heavily in production. However, if you want to keep updated on the game’s production and a possible release date, you can sign up to receive email updates. Click here to go to the official page. Put in your email address in the field, and you’ll receive updates. When it launches, it will be available for both iOS and Android. 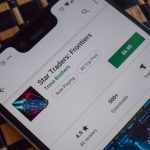 Star Traders: Frontiers For Android Is The Space RPG Game To Play This Weekend 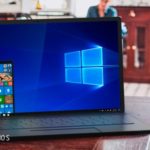 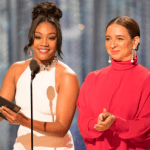