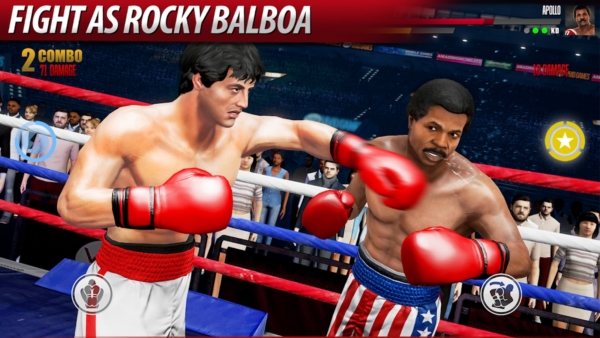 Boxing in real life may not be a sport of choice for you, but many people enjoy watching boxing matches. Some of those matches end up being quite exciting, and surprising at the same time, like when Ruiz managed to beat Joshua quite recently (June 2019).

Well, if you’re not a boxer, but you enjoy watching boxing matches, and you’re also not a stranger to playing games, getting your hands on some boxing titles may not be a bad idea. There are quite a few compelling boxing games for Android, and we did our best to select some of the best ones.

In the list down below, you will find ten boxing games that may interest you. All of these games are compelling in their own way, some of them are simulation games, others, not so much. These titles are not listed in any specific order, by the way, so just because Real Boxing 2 ROCKY is high on the list does not mean it’s better than Mega Punch, for example. Check out the list and see if there’s something you like.

If you’re a fan of Rocky movies, you’ll probably like Real Boxing 2 ROCKY game. This game allows you to fight as Rocky Balboa, and challenge some of his greatest opponents from the movies, like Ivan Drago for example. The graphics in this game are really good, which only brings to the overall experience. You can actually tweak your own boxer in this game, and play a number of interesting mini-games as well.

Boxing Star is one of the most entertaining boxing games for Android, and also one of the best-rated ones. Your goal in this game is to climb the ranks, and become a champion. You will need to develop your skills, and at one point you’ll be able to utilize a Mega Punch. You will be able to collect various custom gloves, some of which are quite powerful, and can really up your fighting prowess.

Cubic Boxing 3D is a really simple game, but at the same time a really addictive one. All you have to do in this game is hit one button in order to try to punch your opponent in the head, while at the same time, you need to protect your own head. That’s basically what the game is based on, and it sounds like a rather odd goal in a boxing game, as that is basically our main goal, but there you have it.

Big Shot Boxing is a boxing game which does not offer the best graphics out there, but these graphics fit the gameplay here perfectly. In Big Shot Boxing, you will be climbing the fighting ranks, and hone your skills. Your goal is to make a professional boxer out of a beginner, and quite possibly make him into a champion. The controls are really simple in this game, and thanks to the graphics and animations, the game can even be funny sometimes.

Head Boxing is a boxing game in which you’ll be able to unleash mayhem, pretty much. This is an arcade game, and it allows you to utilize various special skills. You can unleash a dragon, or make a crazy high jump in order to utilize a super powerful hit, and so on. There are seven modes that you can choose from, including arcade, championship, death mode, survival, two players, and so on. The game even has a bone fracture system built in, so you will see bones crushing while playing.

Boxing – Fighting Clash is a boxing simulation with really solid controls, and the game includes a well-developed combo system as well. There are a number of boxing styles you can adopt here, including brawler, freestyle, old school, and so on. Over 40+ characters are available in this game, and some of them are based on real-life boxers. Graphics are great here, and there is a library with over 100 moves that you can utilize in the game.

Mega Punch is yet another boxing title that delivers really nice graphics. This game is trying to be somewhat realistic, and it will allow you to recruit strong fighters as you progress. You can swipe left or right to make uppercuts, tap the screen to make a right or left straight punch, swipe down to dodge, and so on. The controls are rather easy to understand, and the whole gameplay is well thought-out in this game.

Boxing King is a boxing simulation, which also delivers rather compelling graphics. Various boxing gloves with special abilities are available in the game, though you will need to earn them. There are tons of professional sports equipment included in this game, and the game also allows you to heavily customize your boxer. A training system is also included in the mix, and it will help you improve as a boxer.

World Boxing 2019 is also trying to be a boxing simulation game. The graphics are on point, while the game will allow you to unlock super punches in order to get an edge in a fight. You can try your luck in a knockout tournament mode, while the controls in the game are simple to understand and use, as they’re based on swiping and tapping. Real-life punches are represented in the game, quite a few of them, in fact.

World Boxing Challenge is a 3D boxing game which actually allows you to bet on other matches played around the world, when you’re not boxing, of course. There are three boxer categories that you can choose from in this game, and six categories of items you can utilize, including gloves, shoes, shorts, and so on. A useful training system is a part of the package, while a number of mini-games are available here as well.

US Antitrust Chief Once Lobbied For Google & Apple, Now He’s Investigating Them
Jigxels are for people who want something more challenging than LEGO bricks

Verizon At Risk In 5G Battle With AT&T, According To Analyst 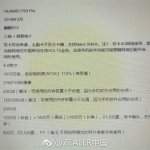 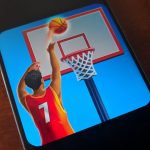 Twitch Is Now The Go-To Streaming Destination For USA Basketball