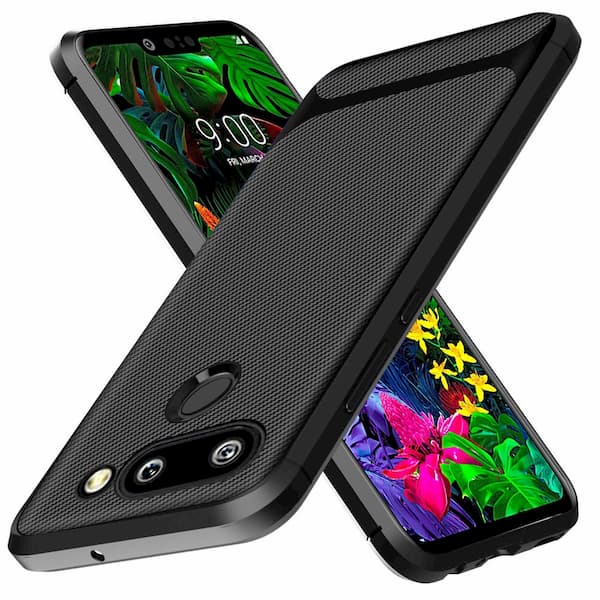 The LG G8 ThinQ is up for pre-order starting today, and will be going on sale officially on April 11. It’s a pretty good looking device, but there are some accessories that you are going to want for LG’s newest smartphone. Those include cases, chargers, PopSockets, and so much more. We’ve rounded up the best accessories that are currently available for the LG G8 ThinQ. These are all available right now, not pre-order.

The SunRemex Carbon Fiber Case is a really good looking case for the LG G8 ThinQ. It sports a carbon fiber finish, which looks really nice, but it also gives you some grip so you can actually hold onto the phone. As the last thing you’re going to want to do is drop your brand new LG G8 ThinQ.

This case also has a lip over the display, to protect the display if the phone is dropped. Seeing as the display is always the first thing to shatter when a phone is dropped, this is a good thing to have. The buttons on the LG G8 ThinQ are still plenty clicky with this case installed, and the fingerprint sensor on the backside also is accessible. Now since the LG G8 ThinQ does have that wide-angle camera, some might be worried about the case getting in the way of that camera. Don’t. It’s not an issue.

You can pick up the SunRemex Carbon Fiber Case from Amazon using the link below, it is currently priced at $7.99 making it a very affordable case.

The LG G8 ThinQ does still support Qi Wireless charging, but it is slower than most other smartphones now. It still uses the slower 5W charging that LG has been using for many years. While Apple, Samsung, Xiaomi and others have moved past 5W to 10W and even 20W. But this 10W Fast Wireless Charger will still work on the G8 ThinQ, it’ll just be slower for this smartphone.

This is a charging pad from Anker, and it is a mighty good one. It does do 10W out of output, but it is backwards compatible for those that don’t use 10W, like the LG G8 ThinQ. At 5W, it’s going to be able to charge the LG G8 ThinQ in about three hours, maybe a bit longer. Seeing as it does have a larger 3500mAh capacity battery inside, this year.

You can pick up the Anker 10W Fast Wireless Charger from Amazon using the link below, it is just $13.99. This is pretty cheap, and that is because there is no AC adapter included. So you’ll need to use the one that LG included in the box.

LG’s newest smartphone is not that large, but it is still large for some users that might be used to smaller phones. It’s not quite a one-handed device anymore. Thankfully, PopSockets were invented to make these smartphones one-handed devices once again. It’s the kind of accessory that you need for any smartphone.

PopSockets are great because you can affix one to the back of your phone or to the case, and you’re good to go. Slide the PopSockets between your fingers, and you’re almost guaranteed to never drop the phone again. It makes it easier to hold onto, and use with just one hand. It also doubles as a stand for your phone. So you can watch movies on a long flight, without having to worry about holding your phone the entire time. Because no one wants to do that.

PopSockets start at $9.99 and go up from there, depending on the color and/or design you want. You can pick one up from Amazon using the link below.

AUKEY has a five-pack of USB-C to USB-A Cables that would work great with the LG G8 ThinQ. If this is your first smartphone that uses USB-C, you’re going to want this. If not, it’s still a good idea to have some spare ones laying around, because they will go bad from time to time.

This five pack of cables from AUKEY are all USB-C to USB-A cables, and range in length. There are three that are 3.3-feet long (the standard length, and the same length as the one in the box with the LG G8 ThinQ), then there is a 6.6-foot long cable and a one-foot long cable included. The one-foot long cable will be good for plugging it into your laptop, or even in your car, so that it can’t fly around if you have to hit the brakes.

READ  ‘Drag Race’: What Do Fans Really Think About Bebe Zahara Benet on ‘All Stars 3’?

These are all braided cables, which means they can take more bends than the traditional plastic-covered cables. This is particularly good if you have kids and/or pets that like to chew on cables.

You can pick up this five-pack of USB-C cables from AUKEY over at Amazon using the link down below. These are priced at $19.99.

The Roav SmartCharge Halo is a pretty cool car charger to pick up – for those unaware, Roav is a sub-brand of Anker, so it’s a pretty well-known company. It has three USB-A ports, with one being Quick Charge 3.0 and the other two using PowerIQ Technology, Anker’s proprietary fast charge technology.

With PowerIQ Technology included, you’re going to be able to quickly charge up your smartphone on the go. The way it works is, it will talk to your smartphone to see how much current it can take, up to 2.4A. Which is about the speed of Quick Charge 2.0, so it is a bit slower, but still nice for other smartphones that don’t support Quick Charge 3.0 – like the Galaxy S10+. The middle USB-A port is a Quick Charge 3.0 port and it is backwards compatible as always.

You can pick up the Roav SmartCharge Halo from Amazon using the link below. Amazon has it priced at $19.99 right now, which is a pretty good price.

This wall charger from AUKEY is actually a pretty interesting one. So it has an AC Outlet, in addition to three USB-A ports (two AiO Power and one Quick Charge 3.0 ports). But the wall charger can swivel, so it is not covering the other AC outlet on the wall. This also is a great wall charger to take on the go with you.

AiO Power, which is available on two USB-A ports here, is similar to Anker’s PowerIQ Technology. It’s a proprietary technology that is used to fast charge your device as much as it can, without damaging the device. Of course, Quick Charge 3.0 is also available, so you can quickly charge up your smartphone, and get a top off before heading to the club for the night.

You can pick up the AUKEY USB Wall Charger with Rotate Plug from Amazon using the link below. The current asking price is $19.99.

READ  Pixelbook Go Gets Full Hands-On Leak Ahead Of Announcement

This is a case that is a popular one for just about any phone out there, and it is also available for the LG G8 ThinQ.

The Spigen Rugged Armor case is a great option for those that want something that is going to provide some coverage to the LG G8 ThinQ, without making it a super thick and bulky smartphone. Definitely a good thing, as that is the last thing we’d want to do with a large phone. The Rugged Armor case gives the LG G8 ThinQ some grip so you can actually hold onto the phone. It also has a lip over the screen, so it will protect the display too. Finally, it is a great looking case for the LG G8 ThinQ, which is also a pretty important thing for a case. As you don’t want to be carrying around an ugly case on your phone, that will likely make you take it off.

You can pick up the Spigen Rugged Armor case for the LG G8 ThinQ from Amazon using the link below. It is currently priced at $13.99, making it a really great price for this case.

The LG G8 ThinQ is not a cheap phone, with an average price of $819.99. It’s not quite the same price as the Galaxy S10, or the iPhone XS, but it is still up there. So you’re going to want to grab a case to protect it. The two options here are great for the LG G8 ThinQ, as they aren’t overly thick, but they do offer some great protection for the LG G8 ThinQ. These other accessories are also great for the G8 ThinQ, especially the USB-C cables, which are braided and are going to be great for those that have kids and/or pets in their home.

DapIt Is The Best New App To Keep Track Of Your E-Gift Cards, Find Cool Stuff, And Much More
This Diamond-Like Carbon (DLC) coated pen is machined for perfection 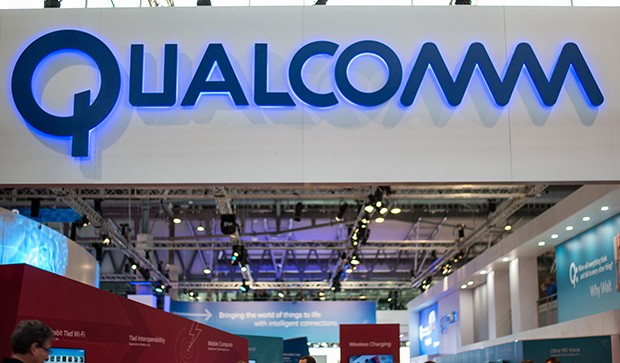 Elon Musk is starting to dig tunnels in the bypass tubes