As November wanes and the leaves turn orange — either because of Fall or because everything is on fire, depending on which hemisphere you’re in — we find ourselves reflecting on what has come and gone in the year past.

And while 2019 in gaming didn’t have the showstopping blockbusters of 2018, with Red Dead Redemption 2, God of War, and Marvel’s Spider-Man, it was still one of the best years for one category in particular.

New IPs. An IP is an Intellectual Property, a sort of businessy way to say “new idea.” For this list, it means a game based in a brand new world. Those three games from 2018? All based on existing IP. That doesn’t make them bad — obviously, they were amazing games. But it does provide us with a different lens through which to look at 2019 — a year when new ideas ruled.

Before we get underway, because we’re talking strictly no existing IPs, you’re not going to see Star Wars Jedi: Fallen Order in this list. Or Pokemon, Call of Duty, or Apex Legends (which is set specifically in the Titanfall universe). It’s not that we didn’t love these games – they just don’t fit the bill. And this list is not comprehensive — it’s not every new IP, just our favourites — and neither is it in any particular order. But if you haven’t played any of the games listed, you’ve missed out on something special from 2019.

We’re putting this one in first because it’s contentious. Technically, Control has links to other IPs (which we won’t detail for spoiler reasons) but we’re including it because it was already well into production before those links were even possible. While Control was being conceived and first developed, Remedy wasn’t legally allowed to connect it to any other IP.

It’s such a brilliant game, with whip-smart writing, fantastic acting from everyone involved, and some mind-bending action-focused gameplay. A third-person-shooter at heart, you play Jesse Faden, the new Director of an eerie governmental department called the Federal Bureau of Control. Think “SCP,” in a world where the monsters have taken over the containment facility.

READ  Google Paid Out $3.4 Million In Vulnerability Rewards During 2018

It’s a brilliant experience, one that borrows from other Remedy titles like Max Payne, but also from elsewhere — it’s a bit “metroidvania,” a bit cover-based shooter, and a bit survival horror all at once. And the sum of those parts is far greater than any individual element, making it a must-play game from 2019.

From Software has made dozens of games over the years, but most people recognise them for just one trilogy — Dark Souls. The series that spawned its own genre, Dark Souls (and yes, Demon’s Souls) captured the imagination of both players and developers alike. In 2019 alone, games from other developers specifically inspired by the Souls games include Code Vein, The Surge 2, and Star Wars Jedi: Fallen Order.

Sekiro: Shadows Die Twice is not a game from another developer, however. Sekiro is a From Software game — it was directed by Hidetaka Miyazaki, the creator of Dark Souls.

Why bother with a new IP anyway? Apart from experimenting with a new swordplay system, From Software deliberately leaned on a new publisher, Activision, to help them strengthen an area they feel they’re weak in.

You know how when you play, say, Dark Souls 3, you fight about three skeleton dudes and then run into your first boss? The initial moments in a game, where you learn what the buttons do and how the world works — that’s the ‘onboarding process,’ and calling From Software’s process ‘abrupt’ is like calling Baby Yoda cute — not accurate enough by half.

So From Software got Activision to help it turn Sekiro into something that is still distinctly “Souls-like” while having a wider appeal. It’s still one of the most challenging games you’ll ever encounter, and it’s still punishing in a way few games are, but by skewing further towards ninja-action instead of gothic-horror it alters the pace and teaches you how it wants to be played.

Where Dark Souls is really about your growth in a world that kind-of hates you, and about you discovering the tools to overcome the odds before you, Sekiro is a game that shows you the tools, shows you the odds, and then dares you to beat it, one giant monkey at a time.

READ  ‘The Gifted’ Quiz: Are You in the Mutant Underground or the Inner Circle?

The idea behind Mordhau is simple. You are a knight in shining armour, and there are about 63 other knights who want to dismember you. If you want to live, you need to master an unusually deep combat system.

Mordhau is a first-person-stabber, a knight game played entirely from the point-of-view generally reserved for shooters and survival games. And the change in perspective makes things extra tricky, because there’s a lot the first-person perspective doesn’t provide you with.

It’s not a brand new idea, of course — the first-person-stabber was first popularised by Heretic way back in 1994. But Mordhau approaches it with a sense of self like no game before it, taking everything as seriously as it can — right up until it doesn’t, like when it lets you equip a Lute and play midi files in-game.

With dozens of weapons to master, huge maps, and a small-but-dedicated community of fun-loving warriors, Mordhau takes an idea that has been done elsewhere and does it better. No, it does it best.

Supraland takes place in a relatively small area — a child’s sandbox — but because of its glorious sense of scale, it feels like one of the biggest games you’ll play. As a bug-sized protagonist, you will explore every single square inch of this play area. Even tiny items feel like mammoth obstacles for you to overcome.

It’s reminiscent of The Lego Movie or, for the Counter-Strike fans, de_rats — a wonderful play on our personal interpretation of scale.

Supraland takes that and uses it as the foundation for a game that is part metroidvania explore-em-up and part Portal puzzle-a-thon — with a smattering of combat in there for good measure.

The puzzles are tricky, but all absolutely solvable using the tools provided within the game. And they’re unbelievably satisfying to beat as a result of how challenging they can be — using a mixture of platforming, physics, and memory to wrinkle your brain.

Better still, the exploration actively rewards you for trying to escape the map, and by the time you’ve reached the end, you’ll be flinging yourself from one end of the sandbox to the other with abandon as you try to find that final hidden easter egg.

Oh, and we didn’t mention it, but this entire 20+ hour-long game was made by a single guy. Outstanding.

Time loops are a fascinating construct in games. A ticking clock is a foreboding thing — that deadline you didn’t meet, the train you didn’t catch, the concert you missed the start of — but in a loop, it can also provide you with a remarkable sense of calm. When you know that the timer will simply reset, the pressure only exists when you will it into being — otherwise, you go about your business and know that eventually, you will loop and do something else.

Outer Wilds (not to be confused with The Outer Worlds) takes this idea and runs with it, creating a surreal and serene cluster of worlds for you to explore as you attempt to launch your rocket into space. Once 22 minutes is up, the sun nearby goes supernova, your timeline resets and you start the process again.

What makes Outer Wilds special is the fact that it weaponises exploration itself as its primary gameplay function. The process of exploring these outer wilds is what gives you as a player the tools you need to escape — the only thing that grows as you play the game is your knowledge of the game world, which means you become enraptured by even the minutiae of what it’s trying to tell you.

Everything you learn becomes a tool in your arsenal, every reset a new opportunity for growth. This isn’t new — in competitive multiplayer, it’s called ‘the meta’ — but instead of being a means-to-an-end as it is in other games, Outer Wilds uses it as its totality. It’s one of the most spectacular uses of the video game medium in and of itself in a long, long time. 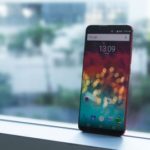 UMIDIGI S2 Pro with screen, 18:9, and a battery of 5100 mAh officially introduced 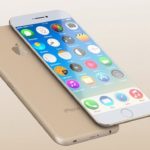