BlueMail App Removed From Play Store Without Notice From Google

BlueMail developer Blix woke up to their email app having been removed from the Play Store this morning, stating there was no notice from Google.

The developers are stating that they believe this is retaliation on Google’s part. Earlier in the week, BlueMail developer Blix revealed it had been working with antitrust investigators looking into Google. The hearing is about investigating Google, Apple, Amazon, and Facebook over anticompetitive practices.

Now BlueMail has been kicked off the Play Store. And the suspicion is that it was removed as a reaction to Blix speaking with lawmakers. Wednesday’s hearing saw Google face a fair amount of questions into the claims of its anticompetitive practices.

One could assume that Google’s decision was brought on by another matter. But Blix says it doesn’t think that’s the case.

The reason Blix thinks this has something to do with it working with investigators is because of its history in working with Google.

Blix has developed for Android for over six years now. In that time, it says that it’s never had any disagreements with Google over anything. So it doesn’t think that any past violations could be the reason for the BlueMail app removal.

Initially Google hadn’t given any reasons as to why the app was taken off the Play Store. However, The Washington Post reports that Google stated it would look into the matter. it then later provided a vague response to Blix.

After the initial email that BlueMail was removed, Blix received an answer that sort of explains the situation and reasoning.

So for the time being Blix is still in the dark about what the true reason might be. Blix Co-Founder Ben Volach says that if retaliation for helping the antitrust investigators isn’t the issue, then he believes that Google launched a similar app.

While Google hasn’t launched any new email apps, it did recently add a feature to Gmail which is apparently similar to BlueMail’s. This feature revolves around Gmail’s newly added integration of Google Chat to the Android and iOS apps.

Something which BlueMail sort of offers as its functionality in this aspect is similar to what Gmail now offers to its G Suite users.

Every Student Needs These Chrome & Chromebook Keyboard Shortcuts
This camera-equipped smart soundbar upgrades your Netflix binges as well as your Zoom conferences! 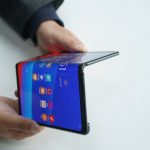 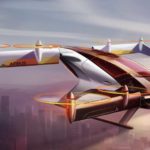 Flight on the Airbus flying taxi will cost 175$: the first production model will do by 2020