Google’s Chrome browser has a new flag in the Canary channel that alerts users when pages make heavy use of data. The new feature is called “Heavy Page Capping,” and it can be enabled in the newest Chrome Canary release with the flag “chrome://flags/#enable-heavy-page-capping”. This will work across the mobile and desktop versions of Chrome Canary, and pops up  an alert when a page that’s going to take more than 10MB tries to load. The notification, in turn, will allow you to stop the page from loading if you so choose. Doing this will interrupt loading right where it is, just like pressing the X button that takes over the page reload button while a page is actively loading. While Chrome does not offer any official means to mitigate data-heavy sites without ceasing to display them, users with good timing can use this feature to load only a few features of a given site, so long as that’s the content that they’re after.

This new feature is quite the welcomed addition for mobile users on a limited data plan, though that’s far from the only plausible use case. For security purposes, for example, this feature could tell a seasoned user or a web developer when a page is using far more data than expected, which could be an indication that there’s something going on under the surface that’s not supposed to be happening, such as malicious software or hidden downloaders. It can also be compared to the total size of a page’s resources to give a webmaster insight into just how much of their viewers’ data the site’s ads are taking up, as another example.

This feature being hidden behind a flag in Chrome Canary may well mean that the feature is not in its final iteration, and may not make its way into Chrome Stable in its current state, if at all. This goes hand in hand with Chrome’s Data Saver, also available on both desktop and mobile. The most recent official update to Chrome in the Stable channel was version 67, which brought support for new VR features and some other tweaks. Aside from that, the browser and its offshoot OS have also gotten some changes meant to utilize AI to reduce the system’s RAM usage, hopefully offsetting a fix pertaining to the Spectre and Meltdown processor vulnerabilities that increased Chrome’s RAM usage recently. 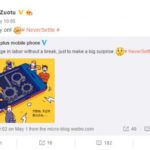 The head of OnePlus confirms work on a new device 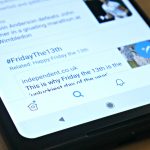 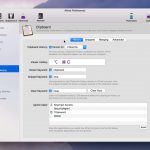