Chrome OS Will Finally Get Tablet Mode Gestures In Version 80

Google will reportedly bring Chrome OS up to speed with Android 10 when version 80 lands, bringing gestures to tablet mode. The change will fix at least one long-standing complaint about Chrome OS. That’s the fact that navigating in tablet mode can be complicated. But swipes and long-presses will now make navigating the OS much more intuitive without the assistance of a keyboard.

With the new gestures, users will be able to swipe up from the bottom to navigate back to the home screen. Holding that will load up the overview for rapid switching between virtual desks and open apps or windows. Swiping from the left-hand edge will navigate ‘back’ just as it does on Android with version 10 of the mobile OS.

Similarly, pulling down from the top of the display will also navigate home. At the very least, that’s the case during the testing period.

Aside from tablet-like gestures, what else is new in Chrome OS 80?

For those looking to try out the new gestures, those are presently live in the Beta Channel of the OS. That’s meant primarily for testers so shouldn’t generally be accessed by most users. Users can turn that on by using a modular shelf flag in the experimental features found at “chrome://flags.”

That’s not the only change that’s coming with the update either, based on current expectations. As early as late December, leaks also began surfacing about Android applications in Chrome OS. Namely, that’s Google adding the ability to sideload apps in its desktop operating system.

That’s not going to be an easy process for most users but does mean that third-party apps from outside of the Google Play Store are starting to make their way into Google’s walled garden.

Another change spotted much more recently is the addition of extra pages in the OS’s Quick Settings section. For clarity, that’s the section tucked behind the clock on the Chrome OS shelf. After Chrome 80, that’s expected to have more pages filled with additional options. For now, the only option shown on the second page is a VPN setting. The tiles will likely consist of different features that have been turned on by the user such as accessibility settings.

For the time being, the Quick Tiles in that section of the OS will remain outside of users’ control. So there’s not going to be any moving tiles around or customizing them as can be done in Android.

When does version 80 land for Chrome OS users?

That should bring gestures and quick settings more in-line with Android 10. But those features could be pushed back too if there are any unforeseen problems.

Chrome version 80 is slated to launch on February 4. That’s for Android and desktop platforms, with Android following behind by around a week. Chrome as an operating system is expected to see the start of a final release for version 80 as early as February 11.

How to choose vacuum cleaner for home: the secrets of a successful purchase 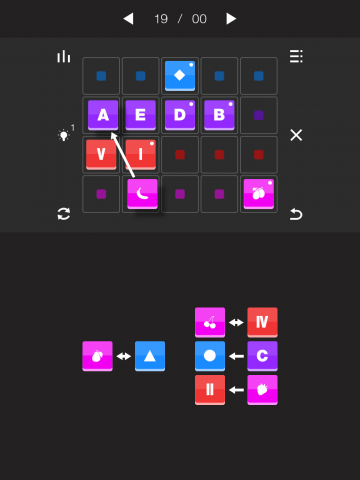 Kluchi — a puzzle you haven’t seen