Google’s upcoming dual-purpose screen capture and record tool is now reportedly live in the Chromebook Canary Channel. The feature has already been widely reported but now, thanks to a video uploaded by Chrome Story, it can be seen in all of its beta glory.

Here’s how to enable it, if you’re on Canary

Google also provides a clear way for users on that channel to test it out. That’s for those willing to wipe their device and shift over to the buggiest Chrome OS channel. As shown in the video, users need to first navigate to the “chrome://flags” URL, before searching and then enabling the “Screen capture test.”

Now, there’s still no clear arrival date for screen capture or recording natively on any Chromebook outside of the canary channel. The new utility is expected to land alongside the Chrome OS update to Android 11. In the interim, the new video — embedded below — grants a much closer look at how it will appear and function.

What does the new screen capture tool look like on a Chromebook?

Perhaps the most noteworthy aspect of the new screen capturing utility is that it actually appears right in the Chrome OS shelf. Specifically, it’s tucked behind the clock segment of the UI, on the bottom-right-hand side by default. Tapping or clicking on the clock reveals Android Quick Settings-like tiles. And that’s where the new icon can be found. It takes the shape of a circle inside of a square, like a minimalist camera icon.

Clicking on the Screen Capture icon presents users with a new dock of icons related to the feature. There are both a photo and video icon on the far left. Presumably, the icons work for screenshots and screen recording-respectively. But the video camera icon is selected by default. Pressing the ‘enter’ key takes a shot or records. The same button will stop recording.

Next to those, separated out into their own semi-oval-shaped chip partition, are three more icons. Those are for fine-tuning captures.

The first option from left-to-right highlights for taking captures of the entire screen. That’s an icon similar to the Screen Capture icon but with only the corners of the square visible. The second icon adds a plus to the bottom-right-corner of the same icon and is used for selected region captures. Finally, there’s an option shaped like a computer window for capturing just a window.

The last icon is an ‘x’ for closing the tool. 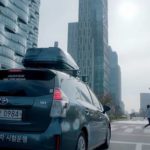 South Korea is building a “city” to test self-driving cars 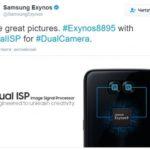 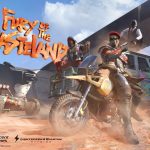