Comparison: SteelSeries Stratus Duo vs. Mocute 050 – Not Even Fair 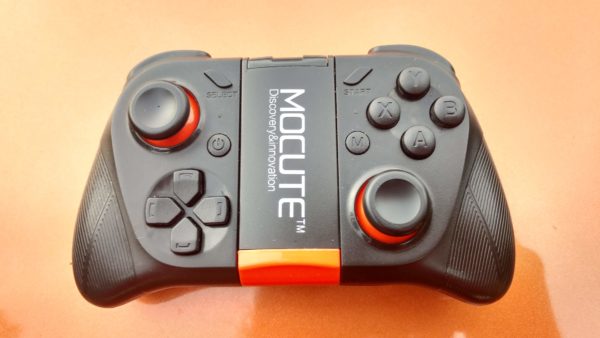 Going into this review, there’s only one thing to say about the SteelSeries Stratus Duo in preface; you won’t need to buy any other controller for PC and Android gaming, full stop. While the Stratus Duo can’t connect to your PlayStation 4 or XBOX One without a serious fight and a ton of sacrifices, it can do everything else you’d expect of a normal Bluetooth or USB controller and then some, and it can do it all with aplomb. That said, as a new arrival from SteelSeries, it’s owed a fair comparison to this writer’s long-suffering and long-serving Mocute 050.

The Mocute 050 is a diminutive controller made to fit well into your pocket and your life. Whether you get your game on hanging around at the office during your lunch break, or you’re looking for something more serious to complement a high-end gaming rig or perhaps a 120hz gaming phone, the Mocute 050 can accommodate, for the most part. It has its flaws, but it’s a charming little controller that offers a lot of bang for your meager buck. Depending on where you look, a unit can be had for less than $20 with ease.

If you’re looking to up the ante, the SteelSeries Stratus Duo is the one to beat. It takes the comfort, compatibility, and responsiveness to new heights, and matches or exceed most console controllers in almost every imaginable way. Unless you’re used to gaming on an XBOX One Elite controller, this thing is going to feel next-level in your hands. Even so, the $69.99 price tag and the need for a $9.99 clip add-on for mobile gaming beg the question of whether this controller is worth the extra cash. Let’s dive in and see how it does against the much smaller and much cheaper Mocute 050.

For starters, both controllers have vastly different finishes. The Mocute is made to be cheap, inside and out, and you can tell when holding it. It’s super light, the finish is cheap-feeling, and its build quality doesn’t really inspire confidence. Even so, the buttons are satisfying to press, the joysticks have a great amount of pop and little deadzone, and the hardware is surprisingly robust. This writer can even attest to it being surprisingly durable; the unit pictured in this article has survived rain, innumerable drops, a brief fall into a bath, and even the whimsies of two young toddlers. You’ve got two clicky joysticks, a more than passable divided D-Pad, four clicky face buttons, start and select, and of course, shoulder and trigger buttons. There’s also a clip that unfolds and expands to fit most phones, settling them above the controller. Underneath the foldable clip, you’ll find a charging-only MicroUSB port. This controller has no wired mode, and the only connectivity available is Bluetooth. In fact, connecting or disconnecting the power during play will actually cause the controller to unpair from its current host device. On battery life, expect about 8 to 10 hours of solid play time before needing a recharge.

The SteelSeries Stratus Duo simply screams luxury, across every square inch of its soft, smooth chassis. The analog sticks, arranged together like those on a Sony DualShock 4, are soft and feature just the right about of give. The body is sublime to hold, the D-Pad is wonderful for just about any use, and the buttons and triggers function just as you would expect them to. This is a wonderful controller to hold, and one of the most intuitive out there in practical usage. The fit and finish is, without a doubt, absolutely premium. The feature set is more of the same. As mentioned above, you’ll need to either prop your phone up somewhere, use it in VR, or buy a $9.99 clip accessory separate from SteelSeries to use this one well with your phone. Besides that, you’ve got a home button in the middle, start and select, two smooth clicky joysticks, shoulder and trigger buttons, face buttons, and a one-piece D-Pad setup that rivals the XBOX One camp. As for creature comforts, you’ll find two switches on top; a power switch, and a wireless mode switch. One mode is Bluetooth, and the other pairs to the included 2.4GHz wireless USB dongle. There’s also a pairing button, a battery check button, and a MicroUSB port that not only charges the controller but allows it to play wired as needed. This one sports a large battery that supports its large frame for up to 20 hours of gameplay, depending on how it’s connected.

On the software side, we’ll start with the Mocute. This is a tiny controller with a surprisingly big feature set. First off, there are four modes that you can activate by holding different buttons during pairing. Android and Windows gamers will mostly be interested in the NEWGAME mode. In that one, you can use the controler as a mouse and keyboard in some ways; it’s designed to get around traditional applications and games that may not look specifically for controller input. It doesn’t map to XBOX 360 buttons by default on any platform, so you’ll have to assign them manually. It did fine in Steam’s Big Picture mode, and worked great on Android. Getting it to cooperate outside of Steam, however, was a chore. Additionally, it exhibited a strange .2 second button lag when using the analog stick, and pressed weird inputs like the start button when pushing too many buttons at once. This made titles like Mega Man X and Monster Hunter 3rd Portable nigh unplayable on mobile. Stranger still, these issues were not present in Windows and Linux during testing. Simply add the controller as a Bluetooth device and configure it in Steam Big Picture, and you’re on your way. Without that tool, it has a mind of its own, and you’ll find yourself struggling with the likes of X360CE. Don’t even think about trying to use it out of the box for PC gaming. Seriously. Once past the bugs, though, you’ve got a solid controller that is honestly better than anything in its price range has any right to be, complete with clicky joysticks and full-on trigger buttons.

The Mocute offers a pretty nice experience with a few hitches, but the SteelSeries Stratus Duo isn’t content to do the same. On Windows, it maps as an XBOX 360 controller. That is to say, it works out of the box with no tweaking in most games, and is simply flawless in Steam. Using the included wireless dongle or going over Bluetooth, the experience is just plain great. Zero lag. Zero responsiveness issues. Quality build and great analog joystick support. This is about as good as premium controllers get without veering into the high-dollar eSports gear that has separate triggers along the back of the hand grips. Button presses are recognized instantly and with no issue on any platform, it pairs seamlessly to Windows or Android devices, and can even be convinced to work somewhat with consoles. On a Sony PlayStation 4, for example, it will come up as a mouse. With some tweaking, you can play games with it, and it’s a simply lovely experience in play, even if it takes some workarounds to get up and running. This writer had to take advantage of an old-school USB adapter lying around to make the PS4 think that the Duo’s wireless dongle was actually a PS2 controller being plugged in via an adapter. It is worth noting that the home button settled in the middle of the controller doesn’t work on consoles, will only send you home on Android, and is assignable as you please like any other button on Windows.

For testing, this writer put both controllers through a suite of tests on PC, console, and Android. The testing hardware included a Nintendo Wii, a Sony PS3 and PS4, a Microsoft XBOX 360, a Lenovo ThinkPad X220, and a Moto Z2 Force. The Mocute performed admirably, despite its quirks. It’s been this writer’s day-to-day controller for over a year, and it has yet to throw any true dealbreakers on the table. It’s been more than serviceable across fighting games, RPGs, shooters, and more. In testing with BloodBorne on PS4, Demons Souls on PS3, Guilty Gear XX Accent Core+ on the Wii, and various PC and Android games, the SteelSeries Stratus Duo managed to make this writer disdain the old and trusted Mocute 050 in a matter of hours. Devil May Cry, Dragon Ball FighterZ, Dark Souls, Assassin’s Creed, Sonic Generations, and Mega Man 11 were just plain better with SteelSeries’ option. Emulation was a real treat, as well. The SteelSeries and the Mocute are both compatible with multiple connections on one device, though, so if you had both and wanted to play Smash Brothers with a friend on your Moto Z2 Force with the Insta-Share Projector Moto-Mod, as this writer did, that would work just fine. Thanks to the improved ergonomics and faster button response, however, the player holding the SteelSeries Stratus Duo will probably win.

Moving on to popular mobile games, the SteelSeries was compatible with all the same stuff as the Mocute. Steam Link, Fortnite, RetroArch, and many others all played beautifully out of the box. The SteelSeries exhibited none of the Mocute’s aforementioned quirks, though, making it the clear winner. For posterity’s sake, it’s worth mentioning that the two controllers tied in PUBG Mobile; only the right analog stick was usable, and the experience of using it was janky and seemingly incomplete. Onscreen mapping apps responded well enough to both controllers, though the Mocute’s ugly bugs made themselves known while the SteelSeries performed perfectly across almost all tests.

To end this head-to-head review on a blunt note, the SteelSeries Stratus Duo is everything that the Mocute 050 aspires to be and much more. If you’ve got a $20 or less budget for a controller, the Mocute is a solid option. Otherwise, the SteelSeries Stratus Duo just plain blows it out of the water in every single category. It’s got better buttons, it’s more ergonomic, and the software support is unbeatable across all platforms. The only caveat is that you’ll need to buy a $9.99 clip accessory separately to make it your main mobile controller. On comfort, the Mocute is small and made of cheap material, making the SteelSeries the obvious choice. For reference, though, it is this writer’s opinion that the SteelSeries Stratus Duo feels better in the hand than the Sony DualShock 3 and DualShock 4. The only thing in this writer’s collection that beat it in terms of sheer comfort was an aging Nintendo Gamecube controller.

The winner is clear. SteelSeries has knocked it out of the park with the Stratus Duo. While most people simply can’t justify spending $69.99 on a controller just for phone and PC gaming, those that can have a clear competitor to the likes of the Steam Controller and XBOX One controller that beats them in a few ways.

Google Gaming Logo Appears On The Scene Ahead Of GDC Announcement
Xiaomi’s Foldable Phone To Be Much Cheaper Than The Galaxy Fold: Report 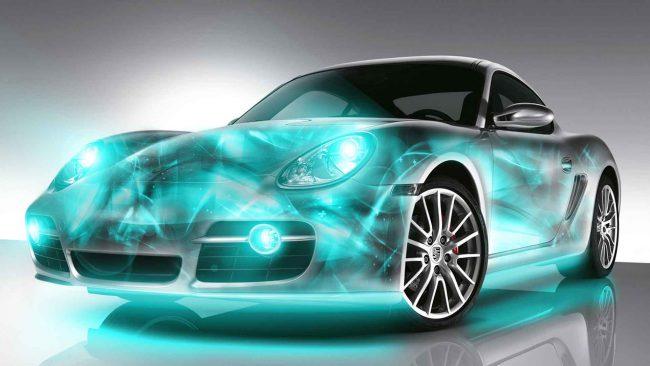 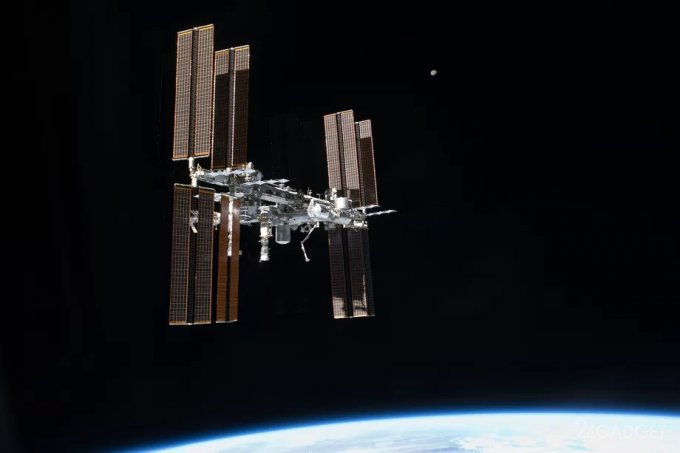 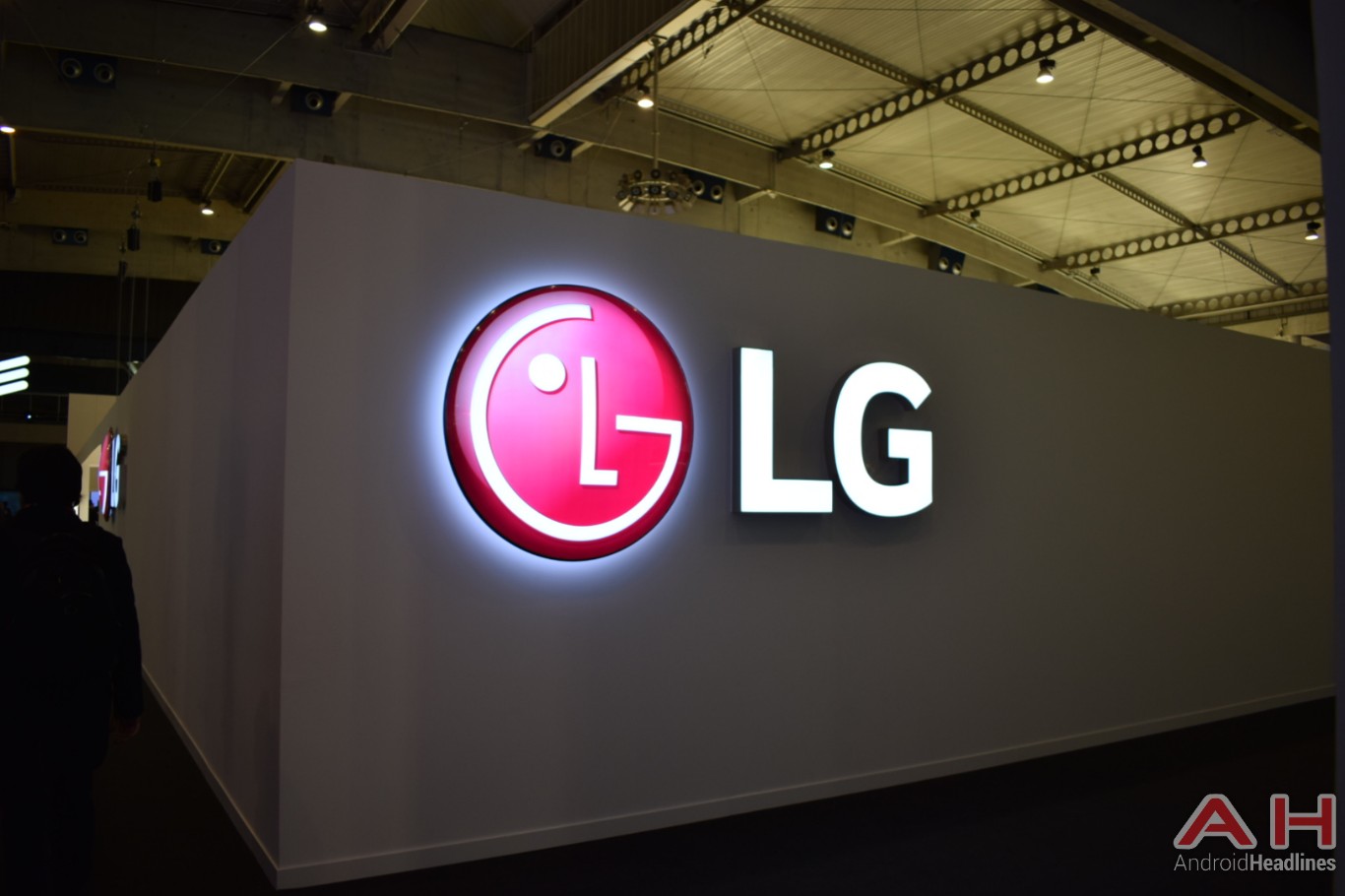 LG’s Strong Focus On AI Will Continue At CES 2019