Since Streaming Live TV services have started increasing prices in recent months, we’ve seen the same argument. That cord cutting is now not much cheaper than Cable. But we have to remember, that cutting the cord isn’t just about paying less for TV.

For starters, streaming Live TV is not going to be cheaper than cable, because these providers still have to deal with networks like ViacomCBS, Disney, A+E Networks, etc. Which is who really decides the prices of these services. Providers like YouTube TV and Hulu + Live TV have to raise prices in order to pay the licensing fees that these networks charge. That’s likely their biggest overhead cost.

So why would you want to “cut the cord” if it’s not any cheaper? There are a couple of reasons. Let’s go over them.

The first one is flexibility. With YouTube TV for example, you can watch TV on virtually any device. You can watch TV outside of your home, and even in another state (or country, if you use a VPN). That’s something that you cannot do with Comcast – and likely most other cable services.

You also don’t need any hardware from the service, in order to use the service. With Comcast for example, you need to have their set-top box to be able to watch Comcast cable. Even if you are watching on your smartphone, you still need to have its set-top box plugging in, in your home. Not to mention the fact that most channels on Comcast, you can’t watch when you aren’t home. Which is rather stupid, and makes the ability to stream on your phone useless.

However, with services like Sling TV, YouTube TV and others, you can stream on any device. Smartphone, tablet, smart TV, and even smart displays. You can also stream anywhere. Which makes streaming Live TV so much more attractive than traditional cable.

Switching TV services is much easier

Another big reason, is the ability to move between services easily. With cable, you have one, maybe two options, and if you’re lucky, three. And switching from say Cox to AT&T, isn’t all that easy, mostly because you need to get new hardware from the cable company.

However, with streaming services, it’s as simple as signing up online or in the app, and you’re free to start watching. Location doesn’t matter – as long as you’re in the US of course. If you’re on Sling TV, and want to switch to YouTube TV, it’s as simple as signing up for YouTube TV (and actually, it’s more like just signing into your Google account) and downloading the app. And you’re good to go. Making it super easy.

Currently, I share my YouTube TV subscription with my parents. Which makes the service a lot cheaper, and since you have five accounts available on YouTube TV, it makes it super easy to do this. Without having to share your password. Which is important since this is tied to your Google account.

Sharing your Live TV service is a great way to make it even cheaper, but do make sure to read the fine print on how many concurrent streams you can have. Most services offer three concurrent streams. Which is enough for most people. With YouTube TV you can have up to five accounts, and as long as not all five people are watching at the same time, you should be fine.

Cancelling cable is beyond tough

Tied into that, the other big reason here, is that you can easily cancel your streaming Live TV service. Have you ever tried cancelling cable? Yeah, it’s not easy. In my experience, trying to cancel Comcast cable was a huge hassle. First off you have to call them and tell them you want to cancel. Then, they will try to offer you a cheaper plan, or throw in some goodies for free. It takes a whole lot longer than it should.

The reason why cancelling cable is so tough, is that most cable companies make the most of their money from cable customers. Even though they also sell Internet access, they don’t make a lot of money there. So they don’t want to see you go.

Prices are still usually cheaper than traditional cable, though

Surprisingly, prices for streaming Live TV are still cheaper than traditional cable. But the gap has gotten tighter in recent years.

For example, in my area, a comparable package with AT&T uVerse would add over $100 to my bill (I already have Internet with them), meanwhile YouTube TV costs just $65 per month. And sharing it with other people makes it even cheaper – I actually only pay around $16.25 per month for it. And there are also cheaper options available for streaming Live TV, like Philo and Sling TV. Which are under $35.

So yeah, the biggest reason to start cutting the cord is price. It was much, much cheaper than cable. And yeah, I too am upset that cord cutting services have continued to raise its prices. I remember when YouTube TV was just $35 per month, and now it’s $65. Prices are going to continue to rise, as more and more content becomes available. But don’t use the “cord cutting isn’t cheaper than cable” argument for these price increases. 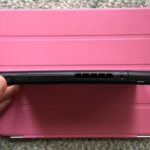 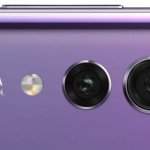 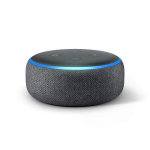