Could Godzilla and Humanity Actually Co-Exist?

From director Michael Dougherty (Trick ‘r Treat, Krampus), the new film Godzilla: King of the Monsters finds a family with strong ties to the scientific organization Monarch caught in the midst of a struggle between Godzilla, King Ghidorah and other legendary cinematic monsters like Rodan and Mothra.

In King of the Monsters, Godzilla is an understood part of life for humanity, even as opinions vary wildly on how to deal with the creature, his fellow Titans, and the destruction that can be left in their wake. Fandom spoke to Dougherty and Godzilla: King of the Monsters cast members Millie Bobby Brown (Stranger Things) and Ken Watanabe (Batman Begins, Detective Pikachu) about the film’s approach to life alongside these amazing and terrifying creatures.

Early in Godzilla: King of the Monsters, we see a news report mentioning the destructive history and current status of both Godzilla and other Titans, and Millie Bobby Brown, pondering the implications, laughed, “That would be insane. Imagine if that was every day!”

Godzilla: King of the Monsters is a follow-up to the 2014 Godzilla movie directed by Gareth Edwards, and Dougherty said that he completely embraced that jumping onboard the sequel meant he would deal with the public already knowing about Godzilla. As the director explained, “What was exciting for me personally about starting off in a world where Godzilla and the Titans exist and are known is that, for me, that’s the ideal world. That’s a world I want to live in! As dark as this might sound, if I could push a button to make giant monsters real I would do it without hesitation, enthusiastically and repeatedly, because personally, I’m of the mindset that they probably should be in charge at this point. And so it was such an easy jumping off point, because I want to live in that kind of world, to then craft a story that addresses the ramifications of living in a world where giant monsters exist.”

Returning from the 2014 film is Ken Watanabe as Dr. Ishirō Serizawa, a member of Monarch who firmly believes in coexistence between man and Titan, even while others feel that all of the Titans should be destroyed to protect humanity. Watanabe noted that Serizawa’s father helped found Monarch and that he has carried on his attitude of, “feeling responsible about humankind waking up Godzilla [in the 1950s] by their nuclear bombs.”

Watanabe added, “Before humans, a lot of creatures and different animals lived on this planet. Which is good or bad? [Serizawa] doesn’t decide. This side or that… We need to coexist.”

Brown echoed the sentiment, saying for her character, Madison, “I think coexistence with the Titans is so important. That’s what her mom stands by in the movie.” And as for Godzilla himself, “We’ve probably learned to respect him.”

Madison and her mother, Emma (Vera Farmiga), and father, Mark (Kyle Chandler), have experienced a terrible tragedy as Godzilla: King of the Monsters begins, but the Stranger Things star noted, “After some events that happened in the past, she’s gained a lot of strength and she aspires to be her mother. Her mother is very strong and powerful and I think that she wants to be that.”

Dougherty said that as far as approaching the story and the world of the film, “I really wanted to track the aftermath of the 2014 film and treat it as if it is the aftermath of a natural disaster. The idea is that you could theoretically retell this story, take out the giant monsters and replace it with just different natural disasters happening around the world, and still have a human story to follow and identify with.”

Watanabe said that felt appropriate, given, “Godzilla movies always had themes of society problems, world problems. We have the fear of natural disasters in the world – earthquakes and typhoons and tsunamis and so many of these [things] that we cannot control. We cannot control nature. Also, we cannot control the Titans. There’s a really good matching of the storytelling and underlying message. I love that.”

As far as how he approached Godzilla as a character, Dougherty remarked, “I see him as a character in the same way that the ancient gods are characters. I think the universal ongoing struggle of gods and the relationship to man is a fun one to explore, and the idea that we might have more in common with each other than we think right now. I think Godzilla is beloved by a lot of people because they want to get to know him better. As much as we fear him we also respect and admire him because I think he kind of represents that ancient, wise old dragon who probably knows more than we give him credit for. That wise old dragon that has some wisdom to share with us if we’re brave enough to enter his cave.”

While the final, digitally created versions of Godzilla and the other Titans, of course, weren’t visible on set, Brown said they were greatly helped by Dougherty and his team sharing previs effects with the cast. Said Brown, “Basically, what he would do is show us kind of like a cartoon of the movie and we just watched that. So that gave us a good understanding of what was going on, including the placing or positioning [of the Titans].”

As for seeing the final product, and how she and her costars interacted with the Titans, Brown remarked, “It was incredible. I mean listen, I always get a little bit nervous about how I perform in the movie but when I went and saw it, all of the Titans, they worked so well… They worked so hard on the CGI and all the effects and it all came out so well and I was so excited for Michael to get this opportunity to live his childhood dream out.”

READ  Uber Is Building Its Own Scooter to Compete With Frenzy

Godzilla has been around since the 1950s and it looks like he won’t be slowing down anytime soon.

Regarding the character’s enduring popularity, Dougherty said, “I think what’s great is that he works on multiple levels. On the simplest level, it’s that primal part of the reptilian brain that he tickles that’s like, ‘Yeah, let’s just watch giant monsters fight!’ Fine. If that’s why you want to embrace Godzilla, great. But again, he works on multiple levels, and I think true Godzilla fans recognize that he’s almost subversive in that he lures you in with the promise of spectacle and action and giant monster fights. And then underneath that there is a very profound and meaningful message about our relationship to nature and what happens if you mess up that relationship. It’s almost like Godzilla is this Trojan horse or a delicious dessert that’s good for you too.”

Brown remarked, “Godzilla changes every movie and there’s been over 30 movies that he’s in. I think it’s like [the audience] feels that they’ve grown with him and that they’re family to him.”

Watanabe said one part of Godzilla’s appeal is that he’s mysterious, “And we cannot [fully] understand him from his deep eyes and from his roar, but there is some kind of cry or scream. We connect to his roar or something [about him]…”

Watanabe recalled seeing Godzilla movies as a kid and that when he first was approached about the 2014 film, “I went back to the original black and white version, and I was so surprised that in 1954, in Japan, we could make a great movie and by the underlying message in the movie. I was really glad to join the project.”

Dougherty said it was important that “the supporting monsters got as much thought and meaning as Godzilla himself,” noting, “Godzilla has been dissected and fleshed out and really shaped and molded into a classic, iconic character over the decades. But the other creatures are just as beloved by kaiju fans. General audiences, I think, are familiar with them but don’t always know their names. I thought this was a great opportunity to pour as much love and attention into Rodan, Ghidorah, and Mothra as Godzilla usually gets. And so that meant stepping back and looking at each creature and figuring out, ‘Okay, well, how do you depict Mothra in a way that is unique and special and meaningful and not just make her a giant moth?’ And so that’s where the idea of really wrapping up the creatures in their own individual mythologies came about and embracing the idea that these creatures were once worshipped by an ancient civilization, as primal gods.”

Dougherty elaborated that, “It just added a layer of complexity and heart and meaning to the characters that I think needed to be there. It, in a lot of ways, felt like it was always there and just needed to be uncovered and elaborated upon – making sure that Mothra is portrayed as a true divine and angelic goddess versus just being a giant moth, you know? That they had a personality that really came through in there and not just in their design but in their behavior and even in the way that they affect their environment.”

Asked by Fandom to name their favorite non-Godzilla Titan, Brown and Watanabe offered different answers, with Brown exclaiming, “Mothra! I love Mothra. She’s so graceful and full of poise and beautiful energy.”

Said Watanabe, “King Ghidorah. He’s totally mysterious with the three heads and the different minds they have and then the different movements. He’s such a strong villain.”

The three heads of King Ghidorah — motion capture performances were provided by Jason Liles, Alan Maxson, and Richard Dorton — do indeed stand out in the film, as we see their distinct personalities and how they sometimes get along and sometimes don’t. Dougherty explained that while he was working with Zach Shield on the script for King of the Monsters, “I came up with the idea that each of these heads should have a separate personality and sort of interact with each other the same way that three brothers might interact with each other — even the idea that they don’t always get along. And what if the center head was the alpha? What if the head on his left was a little slower, a little more curious, and then he might bend down to inspect these tiny squeaky little things that he’s never seen before. Soldiers with guns, that’s a new concept to him. In a lot of ways, King Ghidorah is like Rip Van Winkle waking up in a modern age that has fighter jets and tanks. So I like the idea that he might try to analyze these potential threats before, you know, vaporizing them.”

Dougherty added, “Giving the heads separate personalities was really important to me… and having a little bit of morbid fun with their squabbles and disagreements.”

Godzilla: King of the Monsters opens May 31st. 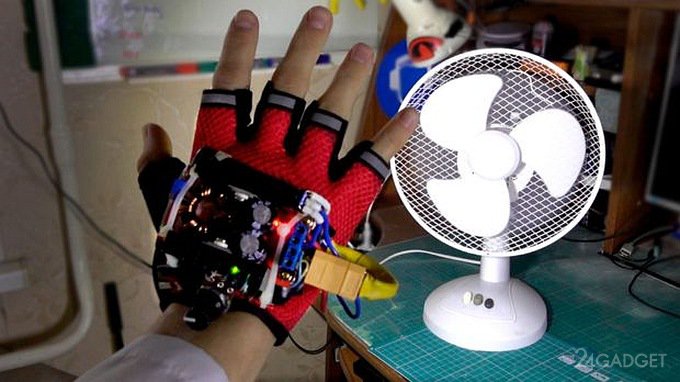 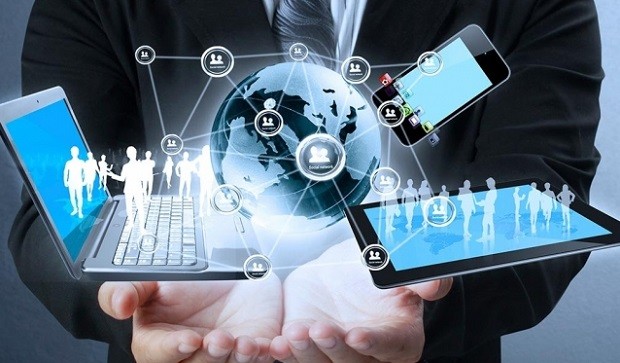