After Discovery and WarnerMedia merged earlier this year, now called Warner Bros. Discovery, the company killed CNN+. Not even a month after it launched. Interestingly, Quibi lasted longer than CNN+.

We knew that after that closure was made official, the company would be moving some CNN content over to HBO MAX and possibly discovery+. Now it’s official.

Warner Bros. Discovery announced on Thursday that a new CNN Originals hub would be launching on discovery+ on August 19. This hub would contain several CNN original series. That includes “Stanley Tucci: Searching for Italy,” ”Anthony Bourdain: Parts Unknown,” ”United Shades of America with W. Kamau Bell,” and ”This is Life with Lisa Ling.” discovery+ is also getting several HLN original series like “How It Really Happened,” ”Death Row Stories,” ”The Hunt with John Walsh” and ”Very Scary People.”

The hub is said to offer about 800 hours of content. The company also noted that some series will arrive on discovery+ after their CNN linear run. Meaning after they air on the CNN cable channel. A lot like how ABC’s shows air on Hulu the day after they air on TV.

The CNN hub on discovery+ won’t feature live news, interestingly. It’s just going to have original series. The company likely still wants people to watch the CNN channel. Which could be added to discovery+ or HBO MAX in the near future. A lot like how ViacomCBS has CBSNews airing living on its Paramount+ service.

Another interesting tidbit is the fact that the CNN Original “Who’s Talking to Chris Wallace?” will air on HBO MAX, instead of discovery+. It’s a talk show that aired on CNN+ before it was killed off, and will return this fall on CNN and HBO MAX. 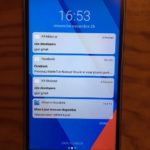