Don’t Look Deeper, the new Quibi series from director Catherine Hardwicke, carries on a time-honored tradition: examining the idea of artificial intelligence/robotics and what they tell us about our own humanity. Throughout film and television history, fiction has done its best to explore the fascinating idea of simulated life and how it makes us ask big questions. What does it mean to be human? What is reality? What defines “life”?

Let’s take a trip through some of the most memorable highlights in film and television, and how Don’t Look Deeper adds a new wrinkle to this ever-intriguing science fiction concept.

The word “robot” comes from the 1920 play R.U.R. (Rossum’s Universal Robots), written by playwright Karel Capek. Derived from the Czech word ‘robota’, the term loosely translates to “forced labour.” This set the tone for robots in fiction being presented as creations made to serve mankind and eventually rebel against them.

This was reinforced in Fritz Lang’s 1929 silent film masterpiece, Metropolis. Considered the first significant robot character in motion picture history, the Robot Maria – called the Maschinenmensch (Machine-Person) – is the catalyst to a revolution of workers. This is a crucial setup for how robotic beings and artificial intelligence characters would be cemented as figures that threaten to usurp humans as a dominant race. But, there’s another wrinkle to robots that Metropolis also establishes: the idea that they can act as replacements for humans. Robot Maria is originally created by the inventor Rotwang as a way to resurrect his lost love.

READ  DOOM 64 Is Free On Stadia, If You Buy DOOM Eternal By April 3

We’d see similar stories play out on television in the landmark series The Twilight Zone. Rod Serling’s game-changing show often used robots and androids as big ideas for episodes. “The Lateness of the Hour” presented a daughter who disliked her father’s many robot servants, only to realize that she herself is a robot. “The Lonely” featured a solitary prisoner on a lone asteroid who eventually gets a robot companion to combat his isolation. “In His Image” is the most terrifying of the bunch, focusing on a man who finds himself with uncontrollable homicidal urges. He eventually discovers that he is a robotic replica of his creator, and the ending of that episode is better left unspoiled.

As robots, androids, and artificial intelligences became more prevalent in science fiction film and television, creators started to explore even deeper philosophical questions and fears with them. Stanley Kubrick’s 2001: A Space Odyssey gave us HAL, an AI on a space mission that ended up trying to kill its crew members. HAL was a frightening yet sympathetic character that showcased these kinds of characters could be even more complex.

Ridley Scott’s Blade Runner — and its decades-later sequel, Blade Runner 2049 — upped the ante by giving us replicants, artificial lifeforms that were essentially upgraded flesh and blood human beings. Engineered to die after a short few years, the replicants of Blade Runner had audiences exploring questions about how mortality informs our viewpoint on our own humanity. It’s a movie where the android characters are first seen as outlaws that need to be “retired” (read: executed), but by the end of the film, the viewer has come to see replicants as possibly more human than humans.

On the flip side, we had James Cameron introduce us to the fears of a robot apocalypse in The Terminator. This was the first time audiences saw a future where robots had nearly annihilated the human race. An artificial intelligence called Skynet set off a nuclear war and exterminated almost every person on the planet. Afterward, it created machine soldiers called Terminators to hunt down the few remaining people left alive. We’d see similar fears pop up in The Matrix with machines supplanting humans. And those ideas would continue on into modern-day stories.

Our current interest in AI and robotics is greater than ever. With advanced technology becoming an even more prominent presence in our lives, we’ve seen a number of stories that have expanded our curiosity about technological lifeforms. Shows like Westworld and Humans have offered up tales that posit why the ascent of artificial life might actually reflect how we as a species are failing. Maybe it’s time to give the robots a chance. Maybe they’ll be better than we were.

That’s certainly one of the many contemplative threads in Don’t Look Deeper, in which our lead character Aisha (Helena Howard) discovers she may actually be a robot herself. The show dives into ideas about sympathy towards robots, our sense of self-identity, and whether or not artificial beings might be more evolved than we are. Don’t Look Deeper channels many of our fears about where artificial intelligence is headed and ties it in with extremely topical and pointed ideas about how we treat women in modern society. The idea that we don’t listen to women and their personal fears is directly addressed when Aisha tries to get help when she discovers the truth about her identity. Don’t Look Deeper even brings that level of thematic resonance to its very title; the concept that we are told to take our lives at surface value is being explored in Don’t Look Deeper, and it’s that level of reflection and thoughtfulness that makes the show a worthy successor to the many robot-focused stories of the past.

Science fiction stories with robots have never been afraid to be political, dating all the way back to the inception of the idea, and Don’t Look Deeper proudly carries on that tradition.

Robots and AI in film and television have always been used to hold a candle to our own humanistic feelings, and Don’t Look Deeper is a great way to continue down that creative path, adding itself to the legacy of excellent sci-fi stories that have come before it.

Drew Dietsch has been professionally writing about entertainment for over a decade. His bylines include FANDOM – where he was a founding contributor and Entertainment Editor – Bloody Disgusting, SYFY WIRE, and more. He created and hosts GenreVision, a weekly film discussion show at genrevision.com.

FBI catches alleged hackers behind the great Twitter hack of 2020
Turn Your ‘Avatar: The Last Airbender’ Knowledge into Cash on ‘Fandom 5’ 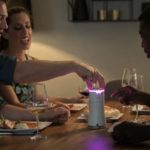 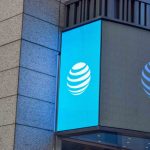 AT&T CEO Criticizes The U.S. Over Huawei Row But Validates Its Concerns