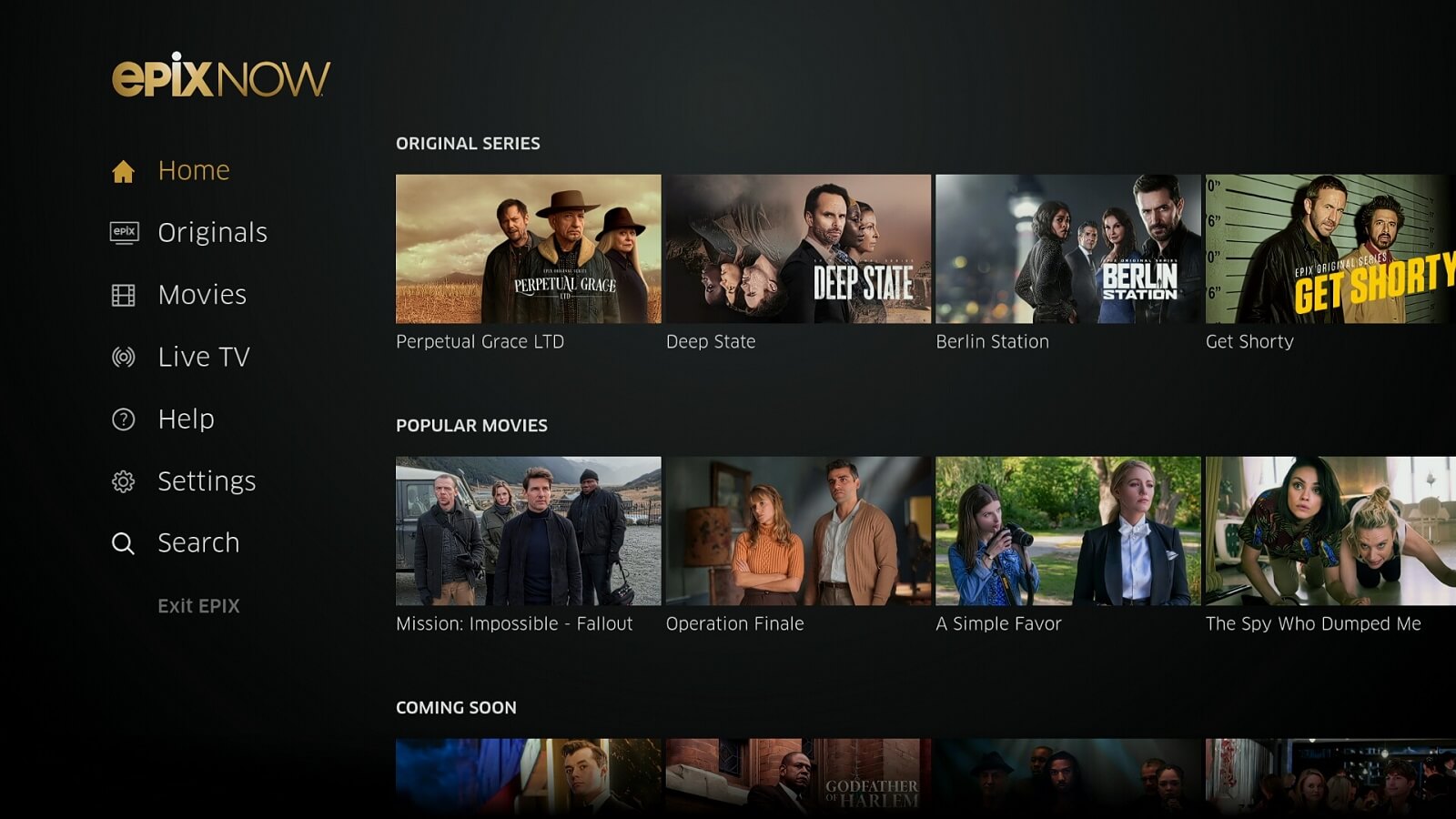 If this sounds familiar then it should. Both companies previously confirmed this was happening back in May. The difference is it is now actually happening.

The announcement was first made to advise DIRECTV subscribers they were gaining the option to add EPIX within the coming days. It was also confirmed DIRECTV NOW would follow suit although no additional details beyond “soon” were provided at the time.

With EPIX having gone live for those subscribers, the premium service should now be visible as an add-on when a subscriber accesses their account.

In reality, there’s not a major need to add EPIX through DIRECTV NOW. That’s beyond the convenience of having AT&T process the payment instead of EPIX. The premium channel costs $5.99 per month through DIRECTV NOW. That’s the same price consumers can subscribe to the service elsewhere. This includes through the “NOW” app. EPIX NOW is the company’s direct-to-consumer solution and can be downloaded from the Google Play Store.

AT&T recently confirmed it is in the process of rebranding DIRECTV NOW as AT&T TV NOW. This is part of a wider rebrand that will also result in DIRECTV becoming AT&T TV.

Neither of these rebrands have properly taken effect with DIRECTV NOW branding still in use. This might lead to some confusion until the transition has taken full effect.

For example, the entire EPIX announcement consistently refers to a partnership with AT&T TV NOW. This includes advising users that they can add EPIX in the “ATT TV app.” Again, the app has yet to be rebranded as AT&T TV.

All subscribers do need to be aware of is that however they are accessing DIRECTV NOW they can now add an EPIX subscription to their current plan for an additional $5.99 per month.

This marks the latest in a chain of distribution support that has brought access to EPIX through more devices and platforms. EPIX highlighted this point in the announcement by explaining it is now accessible on “smart TVs, Roku devices, Amazon Fire TV, Google Chromecast, and on Android and iOS mobile devices.”

EPIX conveniently forgot to include Android TV as a distribution point in that description, although the service is available on Android TV devices. This was not originally the case when the EPIX NOW app first launched on Android in February. However, the Android app was updated towards the end of May. That update added Android TV support.

For those new to the service, EPIX is similar to most streaming services. EPIX provides access to a selection of content including original shows that are only available through the service. At the price set, it can be a good complimentary service for those looking for slightly more content.

EPIX does usually come with a seven-day free trial to allow new users to test out the service before paying. However, it is currently unclear if the free trial is available when subscribing through DIRECTV NOW / ATT TV NOW.

Samsung Galaxy S8: the first photo and all that is known about the flagship