As per a report by WABetaInfo, Facebook-owned messenger app, WhatsApp is working on adding an Expiring Media feature. This is the same feature as the expiring messages which is being tested for quite a few months.

For the unaware, the expiring messages feature lets the users send messages that will self destruct after a predefined time. Recently, some more expiration time options were added for this feature.

However, the feature is yet to make its way to the stable version of the app. But a new expiring media feature is now under development for WhatsApp.

This will allow the users to send expiring media, like images, videos, and GIFs that will automatically disappear after the user leaves the chat.

New evidence of this WhatsApp expiring media feature is found on app version 2.20.201.1 beta for Android. This could come handy for users who forget deleting media after sending them out.

Moreover, the media will vanish once the user leaves the chat. Once this new feature rolls out, the users will be able to tap the new button and send media files with pre-defined expiration times.

Tapping the new timer button will let the user select the expiring media. The button will turn green when tapped. Apparently, this would enable the users to understand that the media will expire automatically.

The expiring media files won’t leave behind any evidence of existence once the user leaves the chat. This is unlike the expiring messages feature where it leaves a message like “This media has expired.”

Moreover, the UI for the WhatsApp expiring media feature won’t be the same as that of expiring messages. One reason would be to make it easier for users to understand this new feature.

As noted by WABetaInfo, there is no evidence of whether there will be a screenshot detection for expiring media. This is one necessary feature to be clubbed with expiring messages.

To give you some context, if you send an expiring media file to someone, the recipient might well take a screenshot of the same before the media vanishes.

This would ultimately make the WhatsApp expiring media feature completely useless. So, this is something WhatsApp devs have to keep in mind before cooking this new feature for the messaging app.

As far as the roll out of this new feature is concerned, there is no official confirmation related to this by WhatsApp. But we will keep our tabs on any further developments in this regard.

Top 9 Best TikTok App Alternatives For Android – 2020
Did The US Just Grant Intel A License To Sell Chips To Huawei? 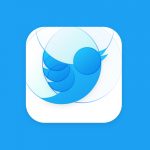 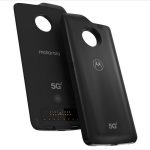 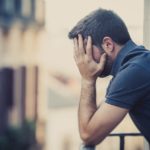