Facebook’s wearable device is a newfangled input device designed for AR glasses. You can interact with VR (virtual reality) using the wristband simply by moving your fingers.

The system converts nerve signals that pass through the wrist into digital commands with the help of EMG (electromyography). In a blog post, the social media giant said these signals are clear enough for EMG to understand finger motions of even a millimeter.

In other words, input will be effortless. It may identify just an intent to move a finger. With the help of contextualized AI, the devices can dynamically adapt to the wearers and their environment.

Release Date And Other Details

Facebook has kept the release date of the wristbands under wraps. But the company has revealed a couple of prototype devices in the blog post.

The company reviewed several other inputs before determining that the wrist has some distinctive benefits.

Considering that a watch is usually worn on the wrist, it could fit into daily life as well as social contexts. Aside from that, it is a comfortable place for wearing a watch even for a longer period.

More importantly, the wrist is located next to important instruments people use to interact with everyone, hands, the blog post noted. The closeness would enable Facebook to bring the wide range of control capabilities of hands into artificial intelligence.

This would ensure satisfying, powerful, and intuitive interaction. Facebook’s initial plan involves using EMG for only one or two-finger movements. This alludes to “intelligent clicks.”

However, Facebook suggests the signals will eventually take full control of interfaces and virtual objects. Facebook’s wearable device doesn’t have a name yet and is a mere concept.

It is also worth noting that there are different versions of it. Some of these versions feature haptic feedback. Andrew “Boz” Bosworth, the vice president of Facebook’s augmented and virtual reality says the technology could take 5 to 10 years before it can be made available to the public.

A pair of hand controllers allow you to play games or even pick virtual objects, but you can’t draw or take notes. Microsoft’s HoloLens and some other mixed reality headsets come with spatial gestures tracking cameras.

These headsets can interpret your hand signals. Facebook has been testing this EMG wearable in its VR lab to determine whether or not, such a device can deliver more accurate hand-computer interactions.

According to Bosworth, the company’s vision for the wrist wearable is beyond artificial and virtual reality. For instance, if an interface enabled users to type without having to actually type, it can be used in multiple places, he explained. 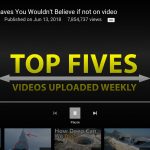 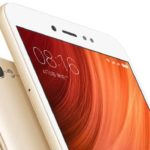 Announced the Xiaomi Redmi Note 5A — state employees, with a focus on selfies!