The very first foldable smartphone from Xiaomi got certified recently

The device surfaced on TENAA, China’s equivalent to the FCC. This handset does support 5G, which is to be expected. The phone got listed with a M2011J18C model number.

Having said that, in the listing itself, there’s no indication that this is a foldable smartphone. A well-known tipster, Digital Chat Station, however, says that it is. He’s usually spot on with his information, so… that gives it some credibility.

This phone actually surfaced on TENAA back on February 2, but it hasn’t been spotted until now. Unfortunately, this listing does not share any specific details about the device. We’ll have to wait a bit longer for it.

Three foldable handsets are expected out of Xiaomi in 2021

That being said, this handset is probably the company’s first foldable smartphone, but Xiaomi is tipped to launch several this year. The company is said to launch three foldable handsets in 2021, at least according to Ross Young, a well-known display analyst.

We’re not sure if Xiaomi will aim to include premium specs inside of this phone, but chances are it will. One of Xiaomi’s foldable smartphone prototypes even appeared in the wild back in January. You can see it below.

This handset may arrive sooner than you think

Ross Young even said that the very first Xiaomi foldable smartphone will arrive in early 2021. That means that we may see it in the near future, and not in the second half of the year, when most other foldable devices will arrive.

As a reminder, Samsung, Xiaomi, Google, OPPO, Vivo, and Motorola are all expected to announce their foldables this year. Huawei already did, recently, with the Mate X2.

How the Upside Down Became TV’s Scariest Alternate Dimension 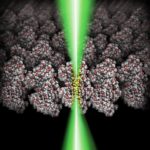 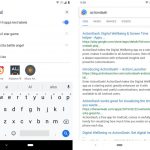