The company’s exec confirmed that quite recently. He did not say what phone will feature it, but based on some certifications, it’s probably the ZTE Axon 20 5G.

That being said, that phone just appeared over at TENAA, China’s equivalent to the FCC. It turns out that the ZTE Axon 20 5G is not a flagship smartphone, as TENAA revealed its specs and design.

The phone got listed as ‘ZTE A2121’ over at TENAA. The listed spec sheet reveals that the phone will be fueled by an octa-core SoC clocked at 2.4GHz. Well, that doesn’t really fit Qualcomm’s flagship chips.

This phone will almost certainly be using Qualcomm’s processor, but the Snapdragon 865 and 865 Plus are usually clocked somewhere between 2.8 and 3.1GHz. So, this could be a mid-range SoC that ZTE is using.

The world’s first smartphone with under-display camera may not be a flagship, as it will include the Snapdragon 765G SoC

If we had to guess what ZTE decided to utilize here, we’d say the Snapdragon 765G. That chip definitely fits this clock speed, and it seems to be a default choice for an upper-end mid-range smartphone.

The Snapdragon 765G is an excellent performer, and it does support 5G connectivity. The ZTE Axon 20 5G will support 5G, as its name says, so it fits. That chip has been utilized by the OnePlus Nord as well.

Now, as far as the rest of its specs are concerned. TENAA claims that the device will include a 6.92-inch fullHD+ OLED display. Based on the shared image, that will be a flat panel.

The phone will come in several RAM and storage configurations. It will arrive in 6GB, 8GB, and 12GB RAM options. Those three variants will include 64GB, 128GB, and 256GB of storage, respectively.

It is also worth noting that you’ll be able to expand that storage via a microSD card. The phone will include four cameras on the back. A 64-megapixel main camera will be backed by an 8-megapixel ultra-wide unit, a 2-megapixel depth camera, and a 2-megapixel macro camera.

That under-display camera that ZTE plans to use will probably be a 32-megapixel unit. The device will also pack in a rather large battery, a 4,120mAh unit. Fast charging will probably be included, but we don’t have the details yet.

Android 10 will come pre-installed on this smartphone, with ZTE skin on top of it. A fingerprint scanner will also be included, and it will be placed under the display, just like the phone’s selfie camera.

EZ Mode: Sea of Thieves
Someone built the most realistic lightsaber, and you can buy one for $199 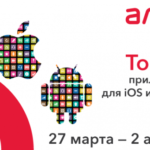 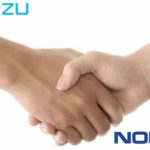 Rumors: Meizu and Nokia will hold a joint presentation 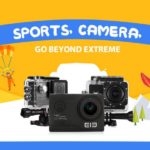