The Samsung Galaxy Note 20 Ultra has just surfaced in real-life images, showing off its design. These images have been shared by ‘Jimmy Is Promo’ YouTuber, but via Twitter.

The source shared four images of the device, sharing quite a few design details. These images show the phone from the front, side, and back, and also show off its S Pen stylus.

The first image, which you can see below this paragraph, shows the phone from the front. Truth be said, you cannot see the whole device, but only its upper portion.

As you can see, the phone will include extremely thin bezels. A display camera hole will be centered, as on the Galaxy S20 series, and it will be really close to the top bezel.

The second image, shown below, lets you take a look at the phone’s display curves. The Galaxy Note 20 Ultra will feature a curved display, but the curve won’t be as pronounced as on some other phones.

This image also shows you the device’s physical keys. You can see the power / lock button on the right, and the volume up and down buttons that are placed above it. All those buttons are included on the right side.

The third image is placed below this paragraph, and it gives you a good look at the phone’s camera setup. So, as you can see, the device will include a fairly large camera module on the back.

That camera module will be placed in the top-left corner of the phone’s back. It will include four sensors, it seems. One of those is a periscope-style camera, for sure, based on its shape. That is the one on the bottom.

The sensor on the side is a 3D ToF sensor, or a laser autofocus unit. If it’s the latter, then we’ll technically be getting three cameras, not four. It does look like a ToF unit, however.

The device will probably ship with a 108-megapixel main camera

The remaining two cameras are probably the phone’s main unit, and an ultrawide camera. The main camera on the phone will sport a 108-megapixel sensor, if rumors are to be believed.

This image also allows you to see the curved back of this phone. Truth be said, the back is curved towards the edges, so that the phone’s design ends up being symmetrical.

The last image the source shared shows the back side of the phone, and its stylus. This image also allows you to check out the camera module from a different angle, and the phone’s physical keys as well.

This image allows you to see how thick that camera module is, and how much it will protrude on the back. Those of you who own the Galaxy S20 Ultra will be right at home here.

It seems like the phone’s top and bottom sides will remain flat. The S Pen stylus resembles the last-gen model, and it has a physical button, which is clearly visible here. 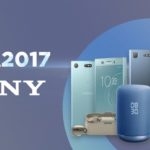 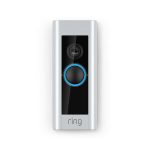 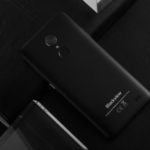