Verizon has just released the Android 11-based One UI 3.0 for its Galaxy S20 FE 5G UW. The affordable Samsung flagship is receiving the new update with software version RP1A.200720.012.G781VSQU1CTLC. It also bundles the December 2020 Android security patch.

Samsung first rolled out the Android 11-based One UI 3.0 update for unlocked Galaxy S20 FE models in Russia midway through December last year. It did catch many by surprise as the company wasn’t expected to roll out the update so early. The update went truly global the following week. And now, American wireless carriers are getting on the groove as well.

AT&T was the first to roll out the latest update to its Galaxy S20 FE. The largest American wireless provider started the rollout last week and Verizon has now joined the bandwagon. Verizon, of course, adds that “5G UW” suffix to the device’s name just to indicate that it’s compatible with the carrier’s mmWave 5G technology. The UW stands for “Ultra-Wideband.”

Verizon is rolling out the Android 11-based One UI 3.0 update for the Galaxy S20 FE 5G UW

Samsung has been impressive with its Android 11 update rollout performance this year. The biggest smartphone vendor in the world has already pushed out the latest iteration of Android OS to most of its flagship models from the past couple of years. The likes of Galaxy S20, Galaxy Note 20, Galaxy Z Flip, Galaxy Z Fold 2, Galaxy S10, and Galaxy Note 10 have all received the update in most regions around the world. The company has also opened One UI 3.0 beta programs for a couple of mid-range smartphones in the Galaxy A and Galaxy M series.

The Android 11-based One UI 3.0 brings plenty of new features and enhancements to Samsung smartphones. Verizon’s official changelog does mention a few, such as a dedicated section for conversations in the notifications shade, support for chat heads, enhanced privacy controls, and improvements to the quick panel, toolbars, notifications, settings, and more. Samsung has also made UI changes and other improvements to stock apps such as Messages, Contacts, Phone, and Calendar.

Verizon says the update is already rolling out to eligible Galaxy S20 FE 5G UW units. You should get a notification to download the update over the air (OTA). You can also manually check for updates through the Software update menu in the phone’s Settings app. Since it’s a major Android OS update, we recommend you to connect your phone to a reliable un-metered Wi-Fi before downloading the OTA file.

T-Mobile is the only US wireless provider remaining to push the Android 11 update to the Galaxy S20 FE. Hopefully, the un-carrier will begin the rollout soon.

No, this isn’t a router, it’s the Fanless Chromebox by Asus
Samsung A32 5G Officially Announced Prior To Unpacked 2021 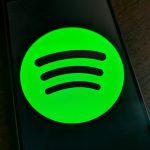 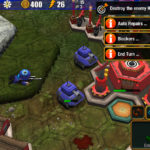