Galaxy S21 Series Is Losing Its Trade-In Value Like Crazy

The Samsung Galaxy S21 series is losing its trade-in value like crazy, claims SellCell. As you’d expect, the Apple iPhone 12 series is doing much better in that regard, which is not exactly surprising. iPhones have been doing quite great in that area for years.

Now, based on the information provided by SellCell, compared to their retail price during the launch month, the Galaxy S21 series devices depreciated between 44.8-percent, and 57-percent in value.

That’s a considerable drop, especially compared to the iPhone 12 series, which went on sale in Q4 2020, and lost between 18 and 33.7-percent of its value up to this point.

The 256GB storage variant of the Galaxy S21 has depreciated the most, it seems. It depreciated at a rate of 19percent per month. So, its value has dropped by 57.1-percent since it launched three months ago.

The 128GB storage variant of the Galaxy S21+ is doing the best, it seems, as it depreciated slower than any other S21 variant. Its resale value stands at around 55-percent of its original price tag.

When it comes to iPhones, the iPhone 12 Pro Max with 128GB did the best. It has faced a reduction of only around 18-percent since it launched five months ago. The 512GB iPhone 12 Pro variant and the 64GB iPhone 12 lost the most value, around 33.7-percent, on SellCell.

This is not actually surprising, as Android phones generally lose value much faster than iPhones. Out of all Android phones, however, Samsung usually stands as the one to lose the last value over time.

According to price comparisons on BankMyCell, the value of the newest iPhones depreciates 16.7-percent in a year, while it’s much higher for Android smartphones, it stands at 33.62-percent. This is also consistent with findings from decluttr, a smartphone reseller site. You can check out the graph below, if you’d like to get more information.

Poco F3 Review: One of the best smartphones you can buy for $400
Samsung Galaxy A Quantum 2 Leak Reveals Galaxy A82 Design & Specs 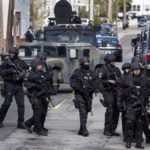 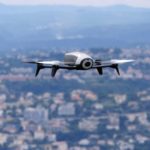 In Shanghai built a proving ground for testing