Galaxy Tab S7 Will Also Get The 120Hz Treatment

The Samsung Galaxy Tab S7 and Tab S7+ are reportedly going to be featuring 120Hz displays as well.

That would put Samsung’s newest tablets in-line with what Apple has been offering for a few years now on the iPad Pro. And it would also match its smartphones like the Galaxy S20 series and most likely, the Galaxy Note 20 series in August.

This is all according to a tweet from Ice Universe, who has been very spot on with leaks and rumors for Samsung and other products in the past.

120Hz will enable even better gameplay on Tab S7

Other than just making the tablet feel a lot faster, with the 120Hz refresh rate, this is also going to make games feel even smoother. Titles like Asphalt 9 that support 120Hz, will be an incredible experience on this tablet. Especially since it is going to be an OLED display as well. That’s going to be the biggest difference between the Galaxy Tab S7 and the iPad Pro. As Apple is still using LCD’s for its iPads, though that could change in the future.

But it also means that Samsung users will get a pretty uniform experience from smartphones to tablets.

Yes, this does mean that the Galaxy Tab S7 battery is going to take a hit. But we’ve seen Samsung recently put in some pretty large batteries in its smartphones – like the Galaxy S20 Ultra with its 5000mAh capacity battery. So battery life shouldn’t be an issue. Especially since you don’t use your tablet as much as you do a smartphone. Nor take it everywhere you would a smartphone.

When will the Galaxy Tab S7 be announced?

We aren’t 100% positive when Samsung will announce the Galaxy Tab S7, but it is expected to be announced in August. Samsung normally announces it via a press released around its Unpacked event, with the device being on display at Unpacked.

However, with Unpacked being an online-only event this year, it could actually be announced at the event. It does normally go on sale a bit later in the year though. As smartphones are always Samsung’s number one priority when it comes to Unpacked. As that is what is going to sell better anyways.

We’re expecting to see the Galaxy Note 20 series, Galaxy Fold 2, Galaxy Z Flip 5G, Galaxy BudsX and the new Galaxy Tab S7 all unveiled at this event. And there is reportedly two variants of the Galaxy Tab S7 now.

Google Says Sonos Needed Its Help, While It Countersues The Company
Why Do So Many Self-Driving Vehicles Look ‘Cute’? 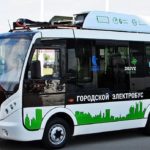 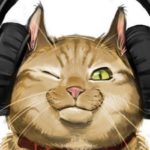 Why is the song “stick” in the head? 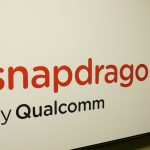