Samsung is making a beast of a smartwatch in the Galaxy Watch 5 Pro. Much has been already leaked about the device, including the European price. More information about it has now surfaced on the internet as the company prepares for its launch.

German publication WinFuture has revealed detailed specs of the upcoming Samsung smartwatch days before its unveiling. According to the new report, the Galaxy Watch 5 Pro will boast a battery life of a staggering 80 hours. That’s more than three days of runtime on a single charge, which is rare for a full-fledged smartwatch.

The report mentions a 590mAh battery on the device. That’s slightly more than what we have been hearing all along (572mAh). Perhaps the latter is the rated capacity while the former is the typical capacity. Either way, the watch may take hours to charge from 0 to 100 percent. It supports 10W fast charging.

Such a monstrous battery means the Galaxy Watch 5 is slightly on the bulkier side of things. It will reportedly measure 10.5 mm in thickness and weigh 46.5 grams. Elsewhere, the watch sports a 45mm dial made of titanium. It features a 1.36-inch AMOLED touchscreen display with a resolution of 450 x 450 pixels. Samsung is using sapphire glass protection on top of the screen.

Under the hood is the Korean firm’s in-house Exynos W920 dual-core processor that also powered its 2021 smartwatches. The watch will come with 16GB of storage capacity. Samsung will offer the device with an LTE connectivity option (with eSIM). Other highlights include built-in GPS, NFC, and a BioActive Sensor for heart rate measurement, ECG, and other health monitoring features. The leaked renders suggest an additional sensor on the watch. Perhaps an optical thermometer that has been rumored in the past. Samsung recently teased new advancements in smartwatch health experiences.

See also  Pixar’s Soulful Lessons on the Meaning of Life

While the Galaxy Watch 5 Pro appears destined to woo smartwatch lovers, Samsung also has a couple more new models coming up next week. There’s a 40mm watch called the Galaxy Watch 5 and a 44mm variant that may add a “Large” suffix to its name. According to the new report, these two models will pack batteries of 284mAh and 410mAh, respectively (once again, higher than previous reports), with an advertised runtime of 50 hours. They also support 10W fast charging.

The 44mm model will feature the same display as the Pro, but the smaller watch will have a 1.19-inch AMOLED screen with a 396 x 396 pixels resolution. Samsung is offering sapphire glass on these two models as well, but the dial is made of aluminum. The processor is unchanged and so are the sensors, connectivity options, and other features. They both are 9.8 mm thick and weigh 28.7 and 33.5 grams, respectively.

OnePlus Nord Gets New Update With Plenty Of Optimizations & Fixes
Are Google Calendar Goals Up Next On The Chopping Block? 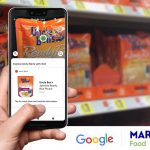