Emmy season officially kicked off on Thursday morning when the nominations for the 70th Emmy Awards were announced. And while popular series like Game of Thrones, Westworld, and The Handmaid’s Tale all predictably received nods, there were a few names notably missing from the list and a few surprises included.

FANDOM has rounded up the biggest snubs and surprises from Thursday’s announcement to highlight which shows and actors were shockingly kept out of the running, and which beat the odds to land a nom of their own.

Westworld may have scored the second-highest number of nods right behind Game of Thrones (a total of 21, to be exact), but recognition for Peter Mullan’s heartbreaking portrayal of incinerated host James Delos was not one of them.

Modern Family is no longer the comedy juggernaut that it was when it first premiered nine years ago, but this marks the first time in the show’s history that it didn’t get a nomination for best comedy. And to take things a step further, none of the series’ stars were nominated either.

People thought breakout thriller Killing Eve would land a nomination for best drama, but the BBC America hit didn’t make the cut. Series star Sandra Oh did land a nod, however, making her the first Asian actress to score a nomination for lead in a drama series.

The Will & Grace revival was a huge success for NBC, but it apparently wasn’t enough to score the sitcom a best comedy nomination. Stars Eric McCormack and Debra Messing were also snubbed for their performances as the titular characters, but Megan Mullally scored a nod for supporting actress.

In an attempt to avoid having all its actors crammed into the supporting categories, HBO tried submitting Emilia Clarke and Kit Harington in the lead categories for the first time in Game of Thrones history. Unfortunately, the move shut the two actors out of the running. With 22 nominations total, however, the HBO drama still has the most of any series.

The Showtime revival of David Lynch’s quirky crime drama Twin Peaks didn’t receive any love on Thursday. Star Kyle MacLachlan didn’t get a nomination either, despite playing three different characters on the series.

GLOW‘s picked up its first nomination for best comedy after the Netflix series’ recent second season, but star Alison Brie was not shown any love for her performance as actress-turned-wrestler Ruth Wilder.

Mandy Moore, This Is Us

Mandy Moore gave a powerful and heartbreaking performance on NBC’s megahit This Is Us when her character, Rebecca, mourned the tragic death of her husband, Jack. But the emotional scenes apparently weren’t enough to land her a nod.

Sure, the revival of Roseanne went down in flames earlier this year, but Laurie Metcalf received a supporting actress nod for her role as Jackie Harris. But despite giving a strong performance, John Goodman didn’t receive any love for his return to the role of Dan Conner.

Curb Your Enthusiasm was a huge hit when it aired on HBO the first time around, but last year’s revival didn’t generate quite as much buzz. That made it a bit of a surprise when both the comedy and star Larry David landed nominations.

John Legend beat out Al Pacino and the previously mentioned MacLachlan to land a nod for lead actor in a movie or limited series. If the singer wins, it would give him an EGOT, so that’s pretty exciting.

Jesse Plemons got a nod for his mesmerizing work as a video game geek turned evil tech boss in the USS Callister, the standout episode from the latest season of Black Mirror.

It’s no surprise that Netflix racked up 112 nominations, but the avalanche of nods means the streaming service broke HBO’s 17-year streak of being the most nominated network at the Emmys. HBO still received an impressive 108 nominations, but it officially lost its award-season crown for the first time in almost two decades.

Microsoft offers extended support for Windows, SQL 2008—but with a catch
Deal: Logitech Harmony Ultimate All in One Remote For $139 – July 2018 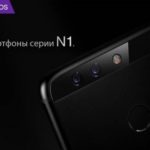 Neffos N1 was the first smartphone with a dual camera 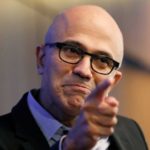 The head of Microsoft advised iPad owners to use these computers