Google is bringing Windows and its apps to Chromebooks despite using analogies that equate Microsoft’s OS to VHS. That’s based on a recent interview from The Verge with Google group product manager for Chrome OS Cyrus Mistry.

In the interview, Mr. Mistry details how and why Google has decided to partner with Parallels to deliver a full Windows experience on Chromebooks. The Chrome OS manager indicates that the world is filled with new technologies and solutions. But, Mr. Mistry continues, “every once in a while you do have that old wedding video on a VHS that you need to get to.”

In his analogy, Cyrus Mistry is referring, of course, to Windows and its apps. Microsoft’s legacy apps, in particular, which are still used in many Enterprise environments by businesses.

What is ‘Parallels’ and what will it do for Chromebooks?

Now, Google’s work with Parallels in this bid to use Windows to take market share from Windows has already been well documented. Google detailed its plans to bring those Windows apps over to Chrome OS via a virtualized Windows desktop back in mid-June.

The goal, of course, is to entice any who may still be on the fence about switching to Chromebooks. As noted by Mr. Mistry, there’s a lot of factors behind that. Not least of all, Chromebooks already offer Android and Linux app access, if not Windows app access.

As a partner, Parallels is a perfect choice to make all of that happen. The cross-platform software virtualization company already has extensive experience with the process on other platforms. And, similarly, Google’s existing experience bringing Android and Linux to Chromebooks will prove useful in that endeavor. But Mr. Mistry also had some new details about how it will work from the beginning and in the future.

As mentioned already, everything will start by just bringing over the entire Windows desktop. To get started, resellers will be able to bundle Parallels Desktop with Chromebook Enterprise-specific devices. Conversely, IT administrators will also be able to enable the solution on their end for any Chromebooks that are enrolled and managed with the Chrome Enterprise Upgrade.

For security reasons, that will be kept entirely sandboxed, letting users jump in and out to get the tools and apps they need. Chrome OS will even go so far as to automatically launch Parallels’ solution when certain, Windows-specific file types are opened up.

In the future, the partnership is aimed at creating a Chrome OS-specific feature similar to Parallels’ Coherence. That would, in effect, mean that Windows apps, rather than the entire desktop, could run as though they were native to the Chromebook. That would, of course, have a positive impact on the required specs. But it would also almost certainly improve performance across the board.

Mr. Mistry says that specifically, it will be limited to “power usage” devices. The exact specifications have not been laid out just yet. But Mr. Mistry indicates that includes those that ship with higher-end processors such as Intel Core i5 or i7 processors. And 8GB of RAM will likely be required too. For devices without a dedicated fan, at least 16GB could be required.

Aside from the specs, Windows licenses for the software in question will be required as well. So Microsoft, while potentially losing market share for Windows, won’t necessarily be losing much overall.

Trump plans to ban TikTok in the US, decision as soon as Saturday; opposed to Microsoft spinoff
Top 10 Best Chromebooks For Back To School 2020 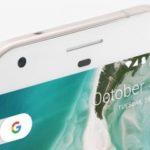 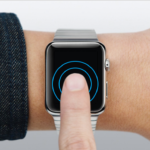 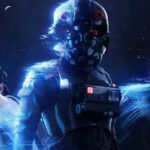