Google Delivers On Free Listings For More Options In Shopping

Google is now rolling out a change to its search results outside of the Shopping tab that brings forward more buying options for end-users on mobile. The change centers around a behind-the-scenes alteration that effectively puts ‘all’ merchants on the page. That means that stores don’t need to buy the space just below a product’s ‘Knowledge Panel’ in order to be a featured store there.

For clarity, that’s the carousel of store cards that appears below a product when searched in the Google page’s Shopping tab. That’s separate from the Google Shopping application, for example. That app was previously Google Express.

Now, visually at least, stores will appear there for free and without any kind of label — previously, a sponsored label was used. And ‘promoted’ Shopping ads will appear with labels at the top of the page outside of that panel. That will all hold true for the standard Google Search page results too.

What does this mean for shopping on Google in Android?

By Google’s accounting, the company says that in the US it has seen a 70-percent increase to clicks. That’s applicable across ads and free product listings. Impressions — or the number of times users see the content — are up by 130-percent. But, more importantly, the change is ensuring that smaller businesses are being presented to end-users.

That means that those businesses are able to reach potentially millions of users they couldn’t before because they weren’t paying for space.

Google says the move is chiefly intended to help retailers in exactly that way. Namely, by bolstering digital presence to better offset brick-and-mortar stores closing. But also to bolster those and provide each business with a more readily accessible presence without the massive advertising overhead.

For Google itself, the move helps it compete with others who have arguably got a better hold on online shopping. Such as Amazon.

Irrespective of that, this move is going to arguably benefit end-users the most.

Prior to the change, the results featured there were — although mixed — primarily those who are paying up. This gives users who are interacting with Google shopping-related platforms more options when it comes to purchasing or window-shopping. More options are almost never a bad thing from the consumer perspective. Especially when they’re all available to see at once. It generally tends to drive competition, improve quality, and lower prices.

When will this arrive for non-mobile users?

Not everybody will be able to take advantage of the free listings right from the start though. Or, at the very least, it won’t impact every user the same. For now, desktop variations on the change aren’t quite ready, to begin with. The search giant says that will come later on. But there’s no set timeline for it. So it could appear soon or it may take quite some time.

This is also fairly region-limited, appearing to only be available in the US for the time being. The change will be making its way to other regions around the globe later on in the year, Google says. But it wasn’t quite ready to roll out everywhere all at once. 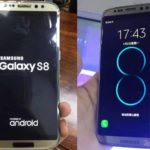 Clone of Samsung Galaxy S8 appeared before the original (11 photos) 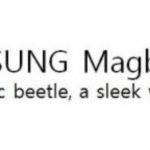