New Chromebook buyers will have a few new pre-install apps at their disposal in the near future, reports indicate, with the addition of Google Meet and Google Chat.

That’s based on recent reports highlighting work that Google is undertaking to add both Meet and Chat to Chromebook devices. More specifically, adding those out-of-the-box so that users can jump right in and use them from the first startup.

How do we know Google Meet and Chat will be a pre-install?

Now, the two apps in question, at this point, need very little introduction. Summarily, these are Google’s web-based chat and video call platforms. But these apps are also not the most widely-used, as of this writing.

With Google Meet and Chat available as a pre-install on the Chromebook platform, the apps will be getting a lot of free publicity. At least for those who buy a new Chromebook after this launches. Although they’ll presumably land on older devices too via an update.

Additionally, those that use the apps won’t need to search them up and install them anymore. And, since PWAs take up less storage, that’ll be without sacrificing the often low storage allotment of those Chromebooks.

In the interim, the addition of the two apps as PWAs was initially spotted in a commit merged in the Chromium Code. Tucked behind feature flags, the code comes complete with an intended release date too. So, barring any unforeseen problems, the company already knows when it wants to add these two apps.

So when are these coming?

As noted by the source, once the new apps are added as a pre-install, the easiest way to get them on an older Chromebook will be to perform a powerwash. That’s after the update arrives and if Google doesn’t add the features to older Chromebooks automatically as part of the update. But they should be coming to brand new Chromebooks out-of-the-box. Specifically, that’s once Chrome OS 92 launches. Chrome 92 is slated for arrival on July 27. 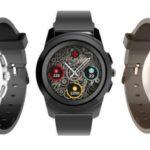 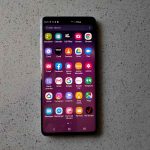