Google Is Gifting Stadia Pro To Some YouTube Premium Subscribers

Google is giving away Stadia Pro subscriptions to YouTube Premium members as a gift.

It has recently begun sending out emails to some subscribers of the Premium version of YouTube with the Stadia memberships within. The emails state that as a thanks for subscribing to YouTube Premium, those uses are getting three months of Pro for free.

This is the latest thing in Google’s bag of tricks aimed at getting more people on board with Stadia. Having previously given away Pro memberships in other ways, along with free Stadia Premiere bundles. Which also come with three free months of Pro.

Not all YouTube Premium members are getting the Stadia Pro gift

As of right now only some members are getting access to the Stadia Pro gift. What’s more is that all of the people getting invited to try things out are in the UK. So it seems.

Google does plan to send out invites to US YouTube Premium members too. At some point. But it hasn’t said anything about when it will actually send out those emails.

Basically if you live in the US and you subscribe to YouTube Premium, keep an eye on your email inbox. Because sometime in the near future there may be an email from Google with a free code for Stadia Pro.

This is a great way for people who have been skeptic about Stadia to try things for themselves. And because Pro comes with some free games, it’s literally a cost-free trial because you won’t have to buy a game to check out the service.

Trial users will get to start off with eight free games

Google has been steadily giving away free games every month with Stadia Pro. For April it’s given away Stacks on Stacks (on Stacks), The Serious Sam Collection, and Spitlings.

Pro users getting these free trials will also still have access to Destiny 2, GRID, GYLT, SteamWorld Dig 2, and SteamWorld Quest. Plus, there will still be at least one new free game to claim in May and at least one in June.

There will even be at least one more in July. Because new free Pro games come out on the 1st of every month. And these emails have started going out after April 1st.

But they won’t disappear from the library. You just won’t be able to play them until you resub. Another thing to keep in mind is that more than likely there will be two or three games for free each of these months.

So that’s a whole lot of free games to test out Google’s new service without having to pay for a bundle.

READ  The Pixel 4 Is Coming To AT&T 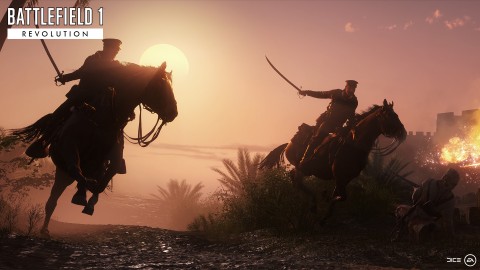 Fans mad at EA because of the Battlefield reissue 1

If tomorrow Fallout: experts rate who of us will survive