Messages for Web is seemingly close to getting some Google Fi integration.

As reported by Android Police, it looks as if Google is prepping the coming of some Google Fi specific features for the web-based version of its Messages app on Android. Though there were hints of this before, now it seems like a Google Fi settings section has popped up in the settings of the Messages app.

This would suggest that Google may be close to pushing out some of these features. And that Google Fi subscribers may soon be able to utilize them whenever they’re working from their PC.

RCS chat features has been a big push for Google and others over the last few years.

The arrival of RCS (rich communication services)chat features for users meant a more robust experience with text messaging. Including things like read receipts and alerts when people are currently typing a response. Those are also just a couple of examples.

To use Google Fi features in the Web interface though, you’ll apparently need to turn RCS chat features off. Which means if you’re a Google Fi subscriber who has gotten used to them, you’ll be required to say goodbye. At least for now.

That being said you may see value in the tradeoff. Because enabling Google Fi sync will allow you to use some of those Google Fi features in Messages for Web even if the phone is turned off. That should prove useful for anyone who’s phone dies on them in the middle of the day. Or anyone who just prefers to turn it off while they may be working.

Voicemail transcription is anything but new. However it is something that’s going to be new to Messages for Web in regards to the new sync settings.

After you sync up your account in the Messages settings, any Google Fi voicemails will show up in Messages for Web with the transcription so you can read what’s being said instead of having to listen to it.

A feature which some are sure to find invaluable. The interface also gains a Google Fi logo and has tabs for Messages, Voicemail, and Calls which appears to be your call history. This doesn’t seem to be a wide rollout just yet, so not all users will have access to the integration. 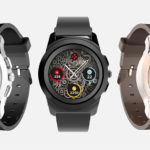 MyKronoz ZeTime: smart watch with mechanical arrows on top of the screen 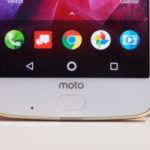 Super Mario Run in March will appear on the Android