Google Photos Comes To Augmented Reality Thanks To Google’s WebXR

According to AndroidPolice, you will soon be able to see your Google Photos in Augmented Reality. Google has what is called WebXR experiments which aim to enhance the world around us. Now, Google is no stranger to trying new ideas. The company specializes in software, so whenever it comes up with something new it’s usually exciting.

Now the company has some new WebXR apps for Chrome which will combine AR and VR. This combination will add next context to the world we live in. The apps will allow for the scanning of social distance and even see a virtual gallery of your memories. The combination of AR and VR is known as XR and it is cool.

Luckily three of the new WebXR apps are currently available to try out. There is a fourth one but is still in development. First, there is what is known as “Floom”. Floom will display selectable portals on the ground which will transport you to the other side of the world. Technology is truly amazing.

The app even shows when you are hovering over land or water. Once a new tunnel is opened by the user their new location will show on-screen. There are zero practical uses for this, but it is undoubtedly cool.

Secondly, there is “Sodar”. This app is a “social distancing radar” that highlights a two-meter bubble around you. As you move the bubble follows you. The user must keep the phone up to their face to properly use it. Of course, this may distract users from what they are doing in real life.

READ  HTC is developing a smaller version of a smartphone U11

Now thanks to the current state of the world this definitely has practical uses. Until the world returns to normal this app could actually be pretty useful. Lastly, is what Google calls “Measure Up.” It is a measuring tool because of course, it is.

Measuring apps were among some of the first AR apps to hit the scene a few years back. This app measures the length, area, and volume of any object using your phone. A user will place pins along the edges of nearby items to aid in the measurement.

There are some more settings to change which change how measurements are taken to make it more practical. Instead of this being a dedicated app it is available in the web browser. This should make it more accessible to more users.

Lastly, is the fourth and final which is still in development. “Picturescape” is still a work in progress, but it will undoubtedly be one of the cooler ones. Picturescape will be used to view your memories. Basically, users will be able to view their Google Photos library in a virtual photo gallery.

There is a video below which shows how Picturescape will work. After watching it, it is safe to say that users will be mesmerized. You can check out these new apps here. You have to access the link on an Android phone that supports ARCore though.

LG V70 Flagship Leaks To Show Us What We’re Missing
Meet the sustainable Lamborghini of the future – The Lamborghini E_X electric automotive concept! 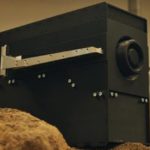 Printed on a 3D printer, the research unit will go to Mars in the coming years 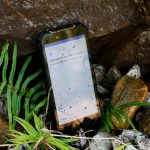