Weirdly, I’ve been excited for the Pixel 4a since the Pixel 4 was announced last year. If for only one reason. The battery life. Pixels and even the Nexus, were bad when it came to battery life. It was always the one knock on the phone – except maybe the Nexus 6P. And that was the issue with the Pixel 4 series, especially. Google put in a sub-3000mAh capacity battery in the Pixel 4. So it barely made it to lunch. Meanwhile, Samsung is putting 4,000mAh capacity batteries in its smaller phones.

But, the Pixel 3a battery life was superb. And I expected the same thing from the Pixel 4a. While also keeping the Pixel experience, with the same impressive Pixel camera on-board, at a price that should be about half of the Pixel 4’s price.

And that’s basically what Google did with the Pixel 4a. Though, it would have been nice to see a Pixel 4a XL, as this smaller Pixel 4a is very teeny by 2020 standards.

The Pixel 4a is definitely a small smartphone. It’s considerably smaller than my Pixel 4 XL. It sports a 5.8-inch display, with pretty small bezels. Sure they could be smaller, but for a sub-$400 smartphone, it’s not bad at all.

It’s nice to be able to use a small smartphone again. Being able to send messages or really just type on the phone one-handed, is something I really missed. And that might be my favorite feature of the Pixel 4a.

Typically with these smaller phones though, you get a smaller battery inside. But that is kind of the case here. The Pixel 4a is smaller than the Pixel 4, but has a larger battery somehow. The Pixel 4 measures in at 147.1 x 68.8 x 8.2 mm, while the Pixel 4a is 144 x 69.4 x 8.2 mm. It’s a little bit shorter, and a little bit wider, that is mostly due to the fact that the forehead is gone, as Project Soli is not available on the Pixel 4a. So this means that the Pixel 4 likely had space for a larger battery, Google just decided to pack it with a tiny 2800mAh battery pack, because it could.

The Pixel 4a has a 3140mAh capacity battery that does last all day long. Pixel 4a has lasted me all day, every day that I’ve started on this review. Which is no small feat. As the Pixel 4 XL would be dead around dinner time. Especially on the weekends. So that’s a win to me. I can easily get four to five hours of on screen time here (of course, this will differ based on your usage). Is that the best battery life on a smartphone? No. Not by a long shot. The LG V60 ThinQ 5G still holds that record for me. But it means that I don’t need to charge my phone at all throughout the day, and that’s a big deal.

It does sport the same 18W fast charging, which is okay. It will charge this battery somewhat fast, but it’s nowhere near what OnePlus is doing with its 30W Warp Charge. However, Google’s method is safer, and better for the battery in the long term. So that’s a good trade-off in my opinion.

This is the first time that Google has done the hole-punch display, and weirdly, it’s giving me Pixel 3 XL vibes. In that, the status bar is a lot taller than normal. This is because the front-facing camera is bigger than on most other phones with a hole-punch display. We’ll let it slide here, since this is a “mid-range smartphone” and not a high-end or premium device. But it’s still nowhere near as bad as that notch on the Pixel 3 XL.

The 5.8-inch OLED Full HD+ display on the Pixel 4a is actually quite good. I was legitimately surprised by how good it was. It’s very vibrant and the color reproduction is spot on. And if that wasn’t enough, it’s also very bright. Making it a joy to use it outside in direct sunlight.

Obviously, this display is no match for something like the Galaxy S20 or even the upcoming Galaxy Note 20, but at $400, it’s very impressive. Considering it is FHD+, it does have plenty of pixels, even for the pixel-peepers.

There’s no issues with viewing angles either, which can sometimes be a problem with these cheaper smartphones.

It’s a fast phone, but not the fastest

For most people, once they see that the Pixel 4a runs on a Snapdragon 730 chipset, they automatically call it “slow” or “mid-range”. But in all honesty, this is a very capable chipset. It clocks up to 2.2GHz, which is no slouch, and it also comes with 6GB of RAM.

If you’re planning on buying a phone for some gaming, then the Pixel 4a is not the best option. The Snapdragon 730 is not really made for a hardcore gaming session. Something like the Snapdragon 865+ in the ASUS ROG Phone 3, is though.

For everyday things like browsing Twitter, Facebook, watching YouTube videos, shooting photos of your friends and family and such, the Pixel 4a is plenty fast. In fact, in a side-by-side comparison of non-gaming tasks, it was about as fast as the OnePlus 8 Pro.

Most people that aren’t tech nerds, won’t really notice that this is not a Snapdragon 865 chipset. And that’s a good thing.

This means that you’ll have plenty of space to use for taking photos with this Pixel camera. And it’s a good one. Though, it is still unlimited high-resolution backup on Google Photos. As we saw with the Pixel 4, the unlimited full resolution backup option is gone for new Pixel owners. It is unfortunate, but high resolution is still good, and you won’t notice a big difference between it and normal resolution.

The same Pixel camera we all know and love

One thing Google has done across the Pixel line, starting with the original Pixel in 2016, is it has kept the same camera sensor. It’s the same 12.2-megapixel camera sensor from Pixel through Pixel 4a. Though in the Pixel 4 series it did add a telephoto lens that is not available here on the Pixel 4a.

By using this same sensor on all of the Pixel phones, it means Google is able to bring some of the newer camera features to lower-end phones (like Pixel 3a and 4a) as well as older Pixel phones. So you aren’t forced to buy a new phone for this new feature.

And that’s the case here. If Google hadn’t used the same 12.2-megapixel sensor on the Pixel 4a, it’s unlikely we’d get Astrophotography on this device. But we have that. As well as Night Sight, Top Shot and all of the other features. Including Super Res Zoom, even though the Telephoto sensor is gone.

Much like the Pixel 3a, the 4a is a bit slower in processing images after you take them. That’s due to the different chipset inside this one. However, unless you are using them side-by-side, you won’t notice that it’s slower.

The picture quality is just as good too. Portrait mode is actually better than it was on the Pixel 3a, and that might be due to the better software available now. It is able to do edge detection a lot better, this time around.

Pixel is still the only phone that can take photos of pets and kids without them coming out blurry. And this happens every time. It appears to be that this is because of the shutter. The shutter on the Pixel series is a lot faster than on the Galaxy S20, OnePlus 8, and other smartphones that cost a lot more. So if yo have kids or pets, then this is the phone to get. So they won’t be blurry.

READ  ‘Game of Thrones’: The Watching Thrones Crew Digs Into “The Last of the Starks”

Night Sight is still voodoo on the Pixel 4a, as is Astrophotography.

The camera is still very impressive here, and by far one of the biggest reasons to buy the Pixel 4a.

Android 10 with the Pixel experience

The Pixel 4a comes with Android 10 out of the box. Of course, it will have Android 11 in the very near future. As Android 11 is set to be released in September, and of course the Pixel 4a is going to get the update. But for now, it’s running on Android 10.

Android 10 is pretty refined and runs really well on the Pixel 4a. There are a couple of new features here that were/are not available on the Pixel 4.

This includes Live Caption capability for calls. So you can now use captions for phone calls, which is pretty neat. Though, I can’t say that I’d ever use it.

The recorder app is also here, and works insanely well. I might even say better than the Pixel 4 Recorder app did at launch. Which is not a big surprise, Google does routinely improve its apps and services.

Of course, there are other features available for the Pixel 4a, like the car crash detection and personal safety.

All of the other Android 10 features are available for the Pixel 4a, as you might expect. It runs really smooth, which is nice considering this does run a slower processor than the pixel 4 has. But that has always been Google’s thing. Making Android as lightweight as possible, so that it can run on lesser hardware, which is always good.

For those wanting to run the Android 11 beta on the Pixel 4a, it should be supported in the beta program. But remember, the final beta is likely launching in just a couple of days. So Google may leave it out and just push Android 11 to it in early September.

Should I buy the Pixel 4a?

Yes. If you need a phone with a great camera, plenty of storage and want fast Android updates, it doesn’t get better than the Pixel 4a. I might even recommend this over the Pixel 4 series, which is pretty incredible.

However, if you are one that does a lot of gaming on your smartphone, then the Pixel 4a might not be the best option for you. But at under $400, you likely won’t find something better here. Especially if you don’t want or need 5G connectivity. 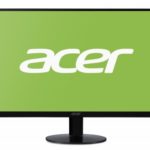