Google Pixel 5 was one of the most leaked phones and a controversial phone for Google. A new report by Android Police brings to light that Pixel 5 makes a hissing noise after every vibration.

In a surprising move, Google ditched the flagship specs and design elements for a more affordable phone. Pixel phones are regarded to house one of the industry-leading haptics in a smartphone.

Pixel 5 was also expected to take forward this tradition. However, user reports suggest opposite to this expectation. Though it may be a minor issue for some, it is really getting noticed by users. So, it may not be as minor as it seems.

According to the source, after every vibration, there is a hiss or click sound at the end which is being heard by the Pixel 5 owners. And it is loud enough that it cannot go unnoticed.

Well, you don’t expect something like this from Google. Folks at Android Police did a comparison between Pixel 5 and Pixel 4 to check whether or not this issue really exists.

The test results clearly show that Google Pixel 5 produces a clicking sound after every single vibration. Android Police also confirmed that there was no issue with the app used for testing, and the vibration was also present during normal calls.

This issue is something serious because the vibration on Pixel 5 is faulty and needs to be fixed. Although for users it may or may not be noticeable on its own, when compared to another Pixel phone, the sound becomes obvious.

While it may not be a deal-breaking issue, but for those who own a different Pixel device or for those who are going to get a new one, you should definitely have this vibration issue in mind.

Notably, Pixel 5 fell prey to issues like display gaps, volume level problems, etc. While these issues were fixed by Google, once they were brought to light.

If you own a Pixel 5 and haven’t come across this vibration issue, then you probably should not try to listen to it. Because once it gets noticed, it gets extremely annoying.

Good thing is that this is not a big issue that cannot be fixed with a software patch. But it is unclear when Google plans to roll out a fix for this vibration issue. We only hope that Google notices this issue quickly and rolls out a fix for the Google Pixel 5 devices. 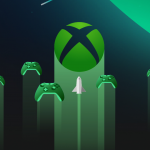 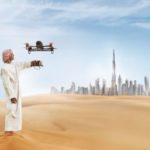 In Dubai will require a license when buying a drone