According to a new report by Android Police (via Google TV blog), Google has updated the Google TV phone app. This will allow users to perform a few handy tweaks related to your Google TV.

With the help of this Google TV phone app, users will be able to view more rows of personalized recommendations on the basis of what you see on Google TV.

FYI, Google TV means a redesigned interface that runs over the Android TV but isn’t the same thing. Moreover, on Google TV, users can rent or buy TV episodes or movies from Google Play.

However, that’s not all. The update makes the interface much cleaner and more attractive. When you open the app, you will be shown a huge banner of the “Ted Lasso” show, which is exclusive to Apple’s streaming service.

Notably, the Google TV app is not available for download on the Play Store nor has anyone uploaded the app on any third-party sources such as APKMirror.

The new streaming apps that can be added to the homescreen include Discovery+, Viki, Cartoon Network, PBS Kids, Boomerang, Philo, fuboTV, and YouTube TV. Surprisingly, YouTube TV wasn’t there before even though the app is made by Google for Google TV.

Now, you can add or remove any services from your home screen by tapping on your user icon and then tapping on the “Manage Services” option. The thumbnails of the content are now streamlined in a 16:9 ratio.

As already mentioned, you won’t be able to install the Google TV app on your phone as the app is still not live yet. This reminder is for the curious ones, who were just going ahead to try it.

Frankly, not many users are a fan of personalized recommendations always showing up on their home screen. So, this feature may not be a plus for many. So, it will be interesting to see how users react to this new addition.

Here’s What Samsung’s S Pen Pro Will Bring To The Table
Recover your lost or deleted files with DroidKit, available to try for free today

OnePlus 8 Pro Matches The Best Flagship Smartphones, And Then Some: Opinion 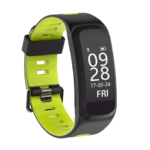 Sub-zero test: what happens with No.1 F4 after a complete freeze?