Google I/O is one of the biggest days of the year for anything Google-related, and the company has just revealed the dates for the 2020 developer conference.

It’s taking place starting on May 12 and will continue through till May 14, with May 14 being the last day of the conference.

The keynote of course will be the very first day and will be the first thing that happens. This is also where Google will talk about the biggest things happening during the conference.

Expect to hear about the Pixel 4a officially

Google hasn’t officially confirmed the Pixel 4a, but more than enough leaks suggest that the phone is on the way. If Google does announce the phone, Google I/O 2020 is where it would do it.

This conference is where the company announced the Pixel 3a and Pixel 3a XL last year. So it makes perfect sense that it would do the same thing this year if it has another mid-range Pixel model to unveil.

Along with confirmation of its existence, Google will also likely talk about hardware, pricing, and availability. With pre-orders potentially going up the very same day or soon thereafter.

It almost seems certain that the Pixel 4a will be unveiled during this event. But what is still a little more unclear is whether there will be a Pixel 4a XL, as some past rumors have suggested Google will only do one “a” model this time around.

More about nest, and perhaps a sprinkling of Stadia

Really anything is possible from Google at these events. So that means it could have more hardware announcements lined up beyond a less expensive version of the Pixel 4.

New nest devices could be one of those products. And while it’s not really hardware-related, Google could have stuff to share on Stadia too.

For the latter, it would likely only revolve around features. Though, so far Google has been doing all of its Stadia announcements either through the ‘Connect’ videos on YouTube, or in blog posts and community updates on the official forum.

That being said it wouldn’t be a surprise if Google didn’t have anything to share about its cloud gaming service at I/O. Now that the Google I/O 2020 dates have been set, expect to start seeing the schedule of talks and sessions make its way to a live website.

The Google I/O 2020 app is likely on the way too. And these two things are where more details will pop up about what will be going on during these three days.

Cosmos aligned. We’ll be back at Shoreline Amphitheatre in Mountain View for this year’s #GoogleIO on May 12-14! pic.twitter.com/3bZqriaoi1 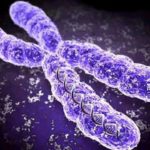 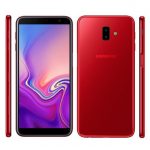 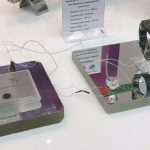