Google had told its investors that it would be spending a ton of money on marketing in the fourth quarter, due to the Pixel 6 launch. And we’re already starting to see that marketing blitz start. And we don’t even know what date Google is going to announce the Pixel 6 yet.

Yesterday, we reported that Google was doing an interesting ad campaign in Japan, where it made custom potato chips to market the Pixel 6. Now, Google is starting to put up billboards in the US, advertising the Pixel 6. These billboards are starting to show up in New York City, Los Angeles and San Francisco.

The billboards show off the orange and the pink-ish colors of the Pixel 6 and Pixel 6 Pro. It just shows the phone with the name, and the home screen. It’s a pretty simple billboard for the Pixel 6, and it will get the name into people’s heads, ahead of the official announcement.

Pixel 6 is set to launch next month

Google has not yet sent out invites to the Pixel 6 event, but we expect it to happen around mid-October. So we still have almost a month before the event actually takes place. But it is good to see that Google is starting to market it already. As many of us think that is the biggest reason why the Pixel does not sell as well as it could.

This is the first ultra-premium Pixel phone from Google. And it’s also the first with its own in-house chipset, which is very exciting. It seems that Google is really starting to get serious about its phones. And since there’s really no other choice in the US, besides Samsung, it makes sense for Google to start pushing Pixel. As LG has exited the smartphone world, and Motorola has all-but done the same.

We shall see how this works out for Google though. 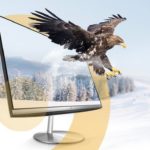 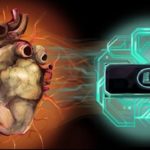 “Heart on a chip” will be the subjects for testing medicines 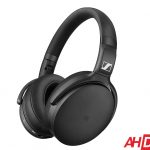