Google’s upcoming Pixel Watch is rumored to be using a older chipset according to a new report from 9To5Google. Citing a source, the report states that the unreleased wearable will be using a chip from 2018. Specifically the Samsung Exynos 9110. Google officially announced the Pixel Watch at Google I/O 2022. Showcasing just a handful of features in addition to its design.

However, when you consider how long ago Google likely started development, the Exynos 9110 fits. Sure Google could simply swap it out. But that may not have been cost-effective or it may have required Google to push out a launch further out than it was willing to do.

Could an old chipset impact performance on the Pixel Watch?

It’s hard to say right now. As it may really come down to Google’s optimization of the software. An old chipset could impact things like performance and battery life. But if Google has done plenty of fine tuning then there may not be anything to worry about.

The bigger concern might be how the Pixel Watch with its older chipset compares to newer offerings. Google stated the Pixel Watch is supposed to a premium priced watch. And that means it could cost more than other devices coming out this year.

Samsung is expected to launch its latest smartwatch later this year and Google has already confirmed more watches are coming from its brand partners. Including Fossil, Diesel, Michael Kors, Hublot, Mobvoi and others.

If those watches come with newer chips and are priced competitively, then Google may have a tougher time selling the Pixel Watch to consumers. That being said, the Pixel Watch is mainly targeted at Pixel phone owners. Google is making a bigger push for its Pixel ecosystem. So older chipset or not, it may not matter to consumers who want their devices to be part of that ecosystem.

The Latest Update For Your Chromecast With Google TV Is Here 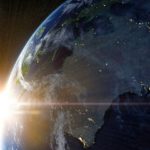 NASA wants to make the Sun a giant telescope