Good Lock is a must-have app if you own a Galaxy device. It allows customization that most users can only dream of, without requiring root or a custom ROM. While it can be annoying when major One UI updates break compatibility, it does give the Good Lock team regular opportunities to overhaul everything and introduce new features. This was the case when the 2021 updates started last month, so let’s take a look at the best features currently available in Samsung Smart Lock.

NavStar had needed new features for a while, thanks to Android 10 moving over to gesture navigation. The latest version allows you to customize the gesture bar in several ways. “Transparent hint” removes the background from behind the gesture handle, allowing the content of an app to fill the whole display like on iOS. It’s a good concept, but still needs work, as it’s a little buggy.

Changing the gesture handle’s color and width works well, though, and the ability to do so is one of my favorite additions. By default, Samsung has the handle quite wide compared to a Pixel. Now you can shrink it down to match Google’s version or stretch it out to mimic an iPhone.

Theme Park lets you make custom themes for your device, but in the past, this was hobbled by requiring a wallpaper to extract the colors from. Thankfully, this has been tweaked so that you can choose any color you like without the need for an image. You can also theme each UI element manually and adjust the level of blur in One UI 3’s new notification shade.

READ  Google I/O 2019 Preview: Android To Stadia, And Everything In Between

SoundAssistant offers a lot of tweaks and adjustments to the volume panel, but it got a major new feature this year. Bluetooth Metronome lets you tweak the sound delay on Bluetooth devices, eliminating latency issues. As the arrow passes over one of the red lines, a tone will play. Adjust the slider until the arrow and sound are in perfect sync, and then you should have perfect lip-sync when watching YouTube or Netflix.

The way this works is incredibly clever. Picture a YouTube video as two separate pieces of media — a video and an audio track — that are played simultaneously. If you adjust the slider to the right, your phone will play the video ahead of the sound, increasing the delay so that it matches up correctly on your headphones. If you pull it the other way, it does the opposite, playing the audio ahead of the video. If you’re using less expensive or older Bluetooth headphones, this could be an invaluable feature. I wouldn’t be surprised to see this baked into One UI 3.5 or 4.o later this year.

One Hand is my favorite module, adding different actions to swipes from the side of the display. The 2021 redesign added a new menu, letting you tweak the angles at which each gesture is triggered. It’s a small touch, but it adds even more flexibility to an already extensive module.

Left: Share menu, Middle: Application picker, Right: Choosing which part of the app you want to share to

This feature was actually added last year, but due to it coming out only a few weeks before One UI 3, which broke the module entirely, many of us didn’t get the opportunity to use it until the 2021 version. From the share menu, you can tweak various aspects of the share sheet. Direct Share has always been pretty useless in my experience, taking forever to load and never suggesting the right contacts. Here you can switch it off or select which apps and contacts it should display. Because the phone no longer tries to figure it out for you, it loads almost instantly and is actually useful.

You can perform similar customization to the main share menu as well. Not only can you specify which apps should show when you press the share button, you can also target specific parts of apps. In Instagram, for example, I have the Direct toggle on, but Stories and Feed are left off. Now when I share something, I only get one Instagram icon instead of three, saving space. You can also add an all apps button at the top for the rare occasions you need to share something to an app you use less often.

Good Lock 2021 has been a good update overall. As well as restoring most of the functionality from previous versions, there’s plenty of new goodies to enjoy as well. I’m looking forward to seeing what the rest of the year brings as the team of developers bring even more improvements to it.

All of the modules are available through the Galaxy Store, but if Good Lock isn’t available in your country you can also get find all of the relevant APK Mirror links here.

You Can Edit Any Image With The Screenshot Markup Tool In Android 12
Another One UI 3.1 Update Rolls Out For Galaxy S20 FE 5G 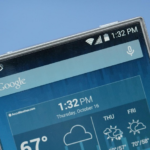 Geekbench appeared smartphone with Snapdragon Sharp FS8016 660 on Board 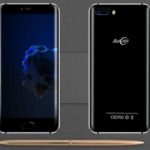 [for publicity] AllCall Rio: the public sector with a bright screen for $54.99