Google has confirmed the existence of the Pixel 5 but it has yet to confirm anything else really, such as the cost.

Details like that tend to be something Google would save for an official reveal of the phone during an announcement. Though it did seemingly reveal the release date of the phone by accident earlier this month.

New details have leaked however about the upcoming phone. Suggesting that the Pixel 5 cost is something to be unexpected considering it should be part of Google’s flagship series. The leak, reported by Wccftech, also touches on potential specifications for the device.

The Pixel 5 may cost less than the Pixel 4

The Pixel 4 was and is a decent device but it, didn’t sell well. A big reason for that is because Google priced it too high for what it offered.

There were other issues with the smaller non-XL version that didn’t sit right with users. Like the lackluster battery life and the gimmicky Motion Sense feature. This time around with the Pixel 5, Google is now rumored to price it lower. Quite significantly when compared to prices of the Pixel 4 and Pixel 4 XL.

If the price does end up being $699, the use of this mobile platform from Qualcomm would no doubt be a contributing factor to that. It’s less expensive and in turn would allow Google to keep the cost down.

Since Google’s smaller Pixel phones tend to not sell as well, Google may only offer a larger, XL version of the Pixel 5.

This would make sense for Google if it wants to sell more of these devices. The XL versions typically have done better with users. And they come with bigger batteries, which is a general complaint of most generations of the Pixel lineup.

It may also come in one RAM and storage option. That latter bit isn’t too surprising. Its most recent phone is the Pixel 4a which just went up for pre-order earlier this month.

It also comes in only one RAM and storage option. Which is 6GB of RAM and 128GB of storage. For the market of users Google seems to be focused on targeting, this is plenty of memory and storage.

It gives the consumer less to think about when making a purchase choice. And less choice in this regard means things are simpler. Granted, this isn’t the case for everyone. Some people want the ability to configure their device a little better.

Again, though, this probably isn’t the case with most Pixel buyers. Or at least it would seem that way if Google thinks it’s best to only offer one variant.

-According to information I have been provided…. 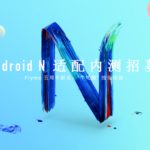 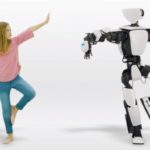